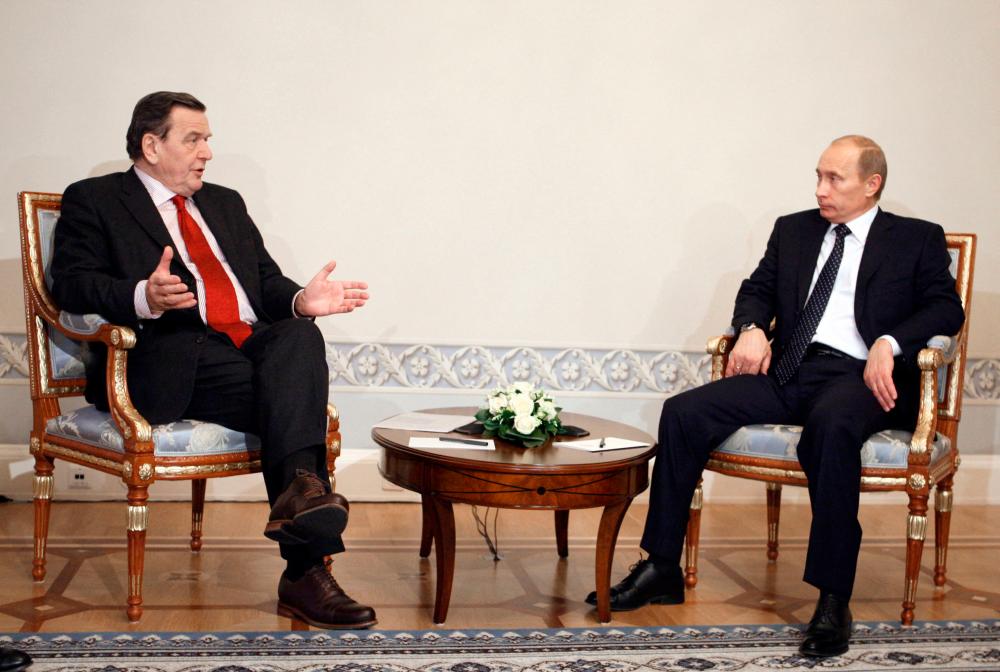 BERLIN: Former German chancellor Gerhard Schroeder will remain a member of the ruling Social Democrats (SPD), the party said Monday, finding his ties with Vladimir Putin did not breach its rules.

The SPD’s Hanover branch said Schroeder, whose party membership falls under its umbrella, was “not guilty of a violation of the party rules, as no violation can be proven against him”.

The branch had opened a hearing in July to discuss 17 motions from local and regional chapters against Schroeder's ongoing membership of the party.

The decision can be appealed, but legal experts say there are high hurdles for expelling members.

Schroeder, chancellor from 1998 to 2005, has refused to turn his back on Putin despite Russia's invasion of Ukraine.

His stance has made him an embarrassment to the SPD, which is also the party of Chancellor Olaf Scholz.

He has also been widely criticised for holding a number of lucrative posts at Russian energy giants, and it was only after much public pressure that Schroeder in May gave up his seat on the board of Russian energy group Rosneft.

He later also announced he would not be joining Gazprom's supervisory board as initially planned.

Germany's parliament in May removed some of the perks Schroeder was entitled to as an elder statesman, stripping him of an office and staff.

Schroeder, 78, who was Angela Merkel's immediate predecessor, has remained defiant and met with Putin in Moscow in July.

In an interview after the visit, he claimed Russia wanted a “negotiated solution” to the war -- comments branded as “disgusting” by Ukrainian President Volodymyr Zelensky.

Schroeder has also called on Berlin to reconsider its position on the Nord Stream 2 gas pipeline, which stands completed but was blocked by the German government in the run-up to the invasion of Ukraine. - AFP