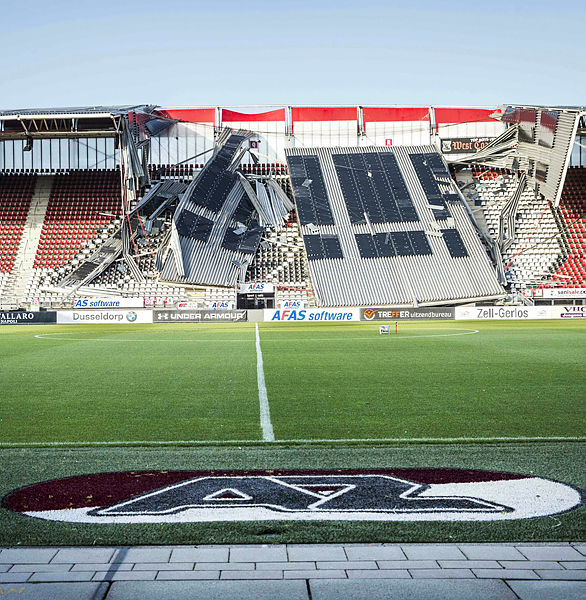 A view of a section of the collapsed at the AZ Alkmaar football club’s AFAS Stadium in Alkmaar on Aug 10, 2019. — AFP

PARIS: High winds caused part of Dutch club AZ Alkmaar’s stadium to collapse on Saturday with officials relieved that the ground was empty at the time.

Dramatic pictures emerged of the damage to the 17,000-capacity AFAS stadium in the northern Dutch city which was built 13 years ago.

“This surprised us all. We are very shocked but happy that was no-one was hurt,“ said general manager Robert Eenhoorn.

“We will now conduct a study with experts in this field. Only when that investigation has been completed will we be able to elaborate on the matter. It is much too early for that at the moment.”

He added: “No matches will be played in the stadium if it is not safe.”

The collapsed roof and shattered terracing at Alkmaar means that the club’s scheduled Europa League match at home to Mariupol of Ukraine on Thursday will be in doubt.

AZ play a Dutch league game away at RKC Waalwijk on Sunday. — AFP