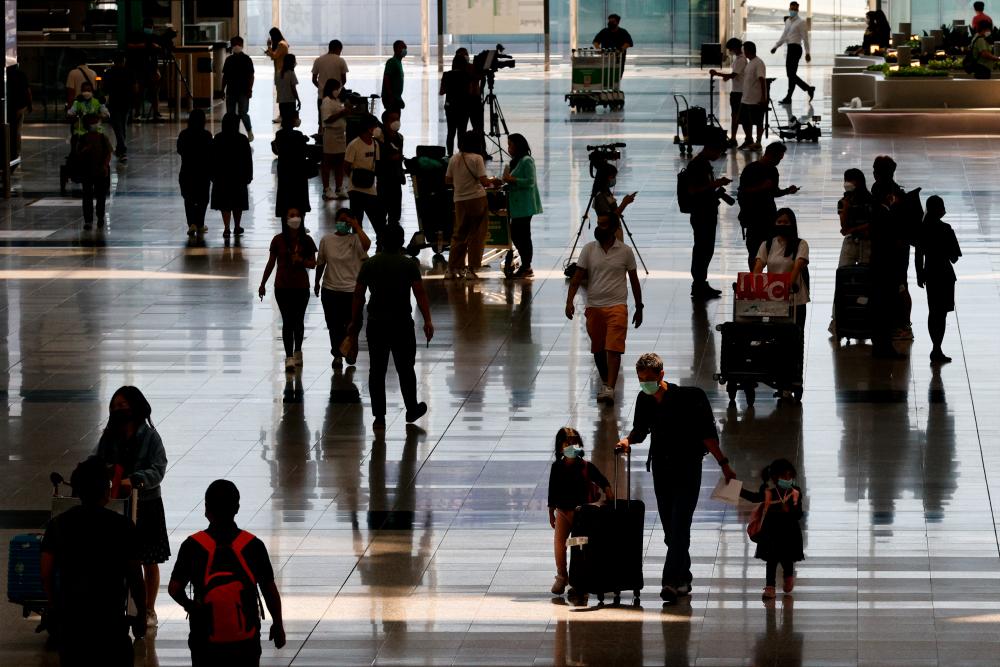 Travellers arrive at the Hong Kong International Airport on the first day the Covid hotel quarantine has been scrapped, in Hong Kong, China September 26, 2022. REUTERSpix

The curbs were lifted for the first time in more than 2-1/2 years after the city's leader, John Lee, said last week that such arrivals could return home or seek accommodation of their choice, but had to self-monitor for three days on entry.

“I have been waiting for this for almost three years,“ said 58-year-old Hong Kong resident, Barbara Van Moppes, who arrived from Bangkok.

“The rest of the world has opened up and so Hong Kong needs to open up now and return to normal, because it’s such a fantastic place to live.”

All international arrivals in the Chinese special administrative region had previously been forced to stay for as long as three weeks in hotel quarantine at their own expense, though the period was gradually cut to three days.

But Monday's change still leaves Hong Kong far behind much of the world in dropping curbs.

International arrivals are barred from bars and restaurants for three days. Athough allowed to go to work and school, they still need to do multiple Covid tests in the first week after arriving.

Growth would be capped by the number of outbound flights, however, Yeung cautioned, while inbound tourism was not likely to grow by much, inhibited by the existing curbs.

Travel website Expedia Hong Kong said searches for Japan surged to 10 times last week while those for Taiwan almost doubled over the prior 14 days.

International aviation body IATA said the next step would be for Hong Kong to scrap all Covid-19 measures.

The former British colony had been a global outlier outside mainland China in imposing hotel quarantine for international arrivals, in line with the country’s “dynamic zero” Covid strategy.

Business groups, diplomats and many residents had slammed the Covid-19 rules saying they threatened Hong Kong's competitiveness and standing as a global financial centre.

Stilll, residents landing at the city's airport were thrilled by Monday's easing.

“It’s now totally hassle-free, so I just came out within 30 minutes,“ said businessman Marjuk Mutahlif, 32. “I can go.” - Reuters