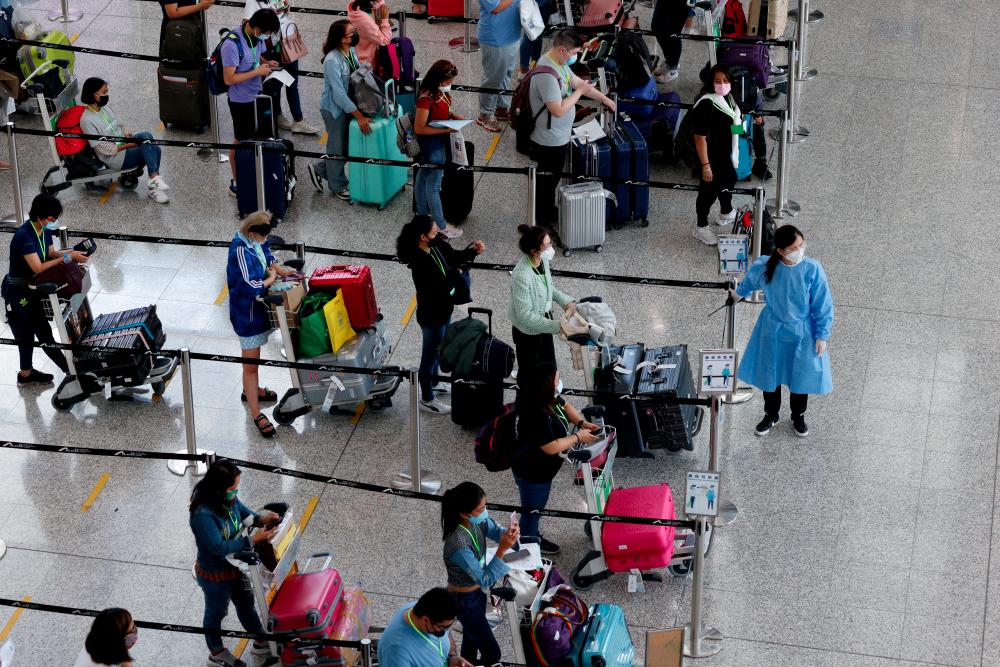 HONG KONG: Hong Kong’s leader on Tuesday said he will soon make a decision on further relaxing coronavirus restrictions, as residents and businesses decry quarantine rules that have kept the finance hub cut off for more than two years.

“We will make a decision soon and announce to the public,“ chief executive John Lee told reporters.

“We want to be connected with the different places in the world. We would like to have an orderly opening up,“ he added.

Hong Kong has adhered to a version of China’s strict zero-Covid rules throughout the pandemic, battering the economy and deepening the city’s brain drain as rival business hubs reopen.

Lee, a Beijing-anointed former security chief, took office in July and vowed to reopen the city while keeping cases low.

He reduced hotel quarantine from seven to three days but has faced a growing chorus of criticism from residents, business organisations and health experts saying he should go further.

Over the past week multiple Hong Kong media outlets have reported, citing sources, that the government has already agreed to lift quarantine.

Lee would not confirm that decision or commit to a firm timeline on Tuesday.

But his comments were the strongest indication yet that Hong Kong is planning to join much of the rest of the world in accepting endemicity.

That would leave just China and Taiwan still maintaining mandatory quarantine for arrivals.

“Our goal is to maximise Hong Kong’s international connectivity and reduce the inconvenience for arrivals due to quarantine, on the condition that we can control the trend of the pandemic,“ Lee said.

Hong Kong is in the midst of a technical recession while its financial chief recently warned its fiscal deficit is expected to balloon to HK$100 billion ($12.7 billion) this year, twice initial estimates.

Arrivals at the airport, once one of the world’s busiest, are at a fraction of pre-pandemic levels with many airlines skipping the city altogether.

Regional rival Singapore has long dispensed with coronavirus controls and is hosting a slew of conferences, entertainment and sporting events over the coming months.

Meanwhile, Hong Kong has seen multiple events cancelled by organisers citing the uncertain pandemic controls including most recently next year’s World Dragon Boat Championships which will be held in Thailand instead.

Hong Kong is planning to host a banking summit and the Rugby Sevens in November, although under current rules players in the latter will have to stay in a “closed loop” bubble. - AFP