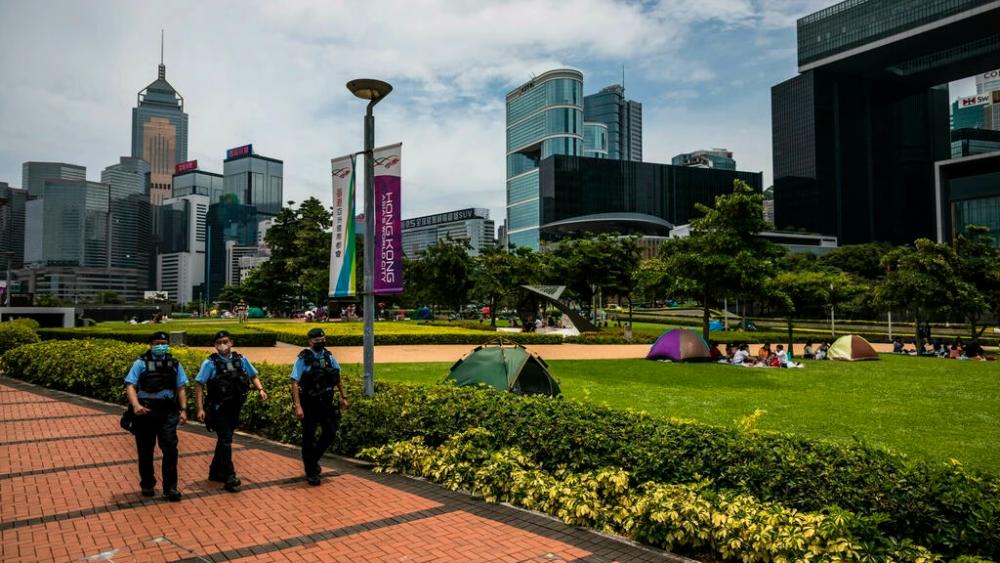 Saturday night saw one of the largest mass fines to date when anti-triad officers raided a seafood restaurant where some 219 people had gathered -- ten times more than the current cap on 20 people per banquet.

A police incident report said all present were issued a spot fine after an intelligence-led operation conducted by the district’s anti-triad unit.

Hong Kong has imposed strict social distancing rules as its hews to a lighter version of China’s zero-Covid strategy.

Spot fines have become a fixture of Hong Kong during the pandemic with teams of officers patrolling the streets to enforce rules that are often changing and at times contradictory.

Last month the police revealed to lawmakers that they had issued nearly HK$90 million ($11.5 million) in fines to more than 21,600 people for breaching the Covid rules in the first 11 months of the last financial year.

Local news outlet HK01 said the birthday party was for a leader of Sun Yee On, one of the “Big Four” organised crime triad gangs that have a long and colourful history in Hong Kong.

Photos published by the outlet showed a crammed banquet hall with men and women sitting at dozens of circular tables.

The police incident report said the restaurant owner was arrested alongside two guests who they discovered were wanted by authorities.

Most fled to Hong Kong, Macau and Taiwan when the communists took power in mainland China in 1949 and revolutionary leader Mao Zedong cracked down on “black societies”.

Over the decades they went increasingly international and some groups shelved their ideological animosity towards Beijing as China embarked on its astonishing economic rise.

While Hong Kong’s triad gangs have little of the power of their heydays in the 1970-90s, they remain present especially when it comes to extortion and smuggling rackets. — AFP 2.Hearing on Rosmah’s application to challenge appointment of Sri Ram on July 6