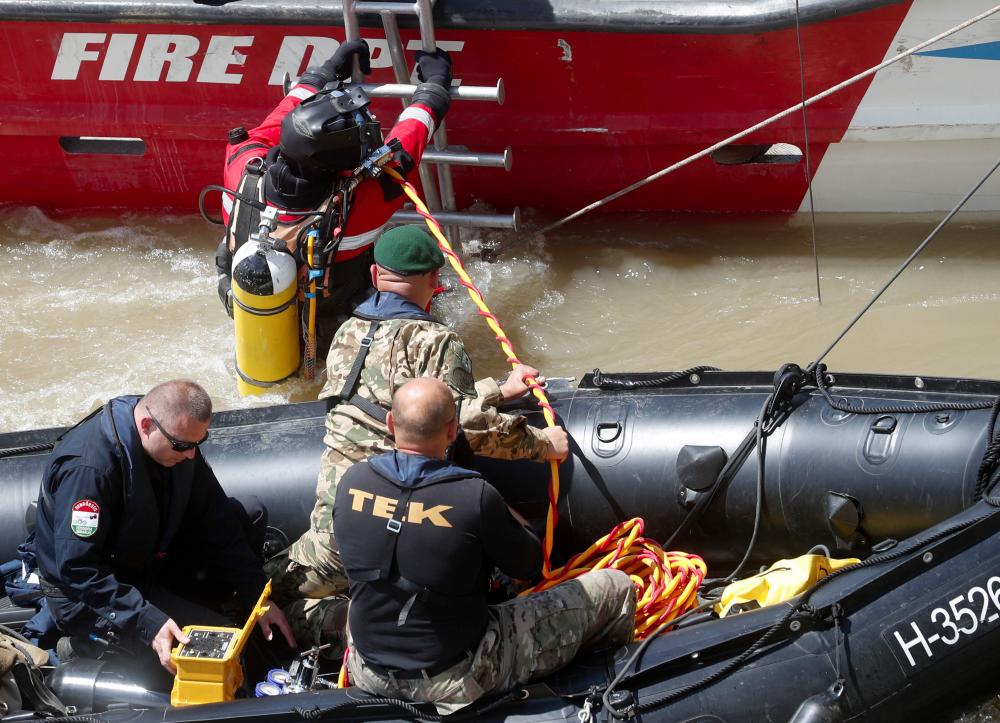 A diver descends a ladder to dive to the wreckage under Margaret Bridge in Budapest, Hungary, Friday, May 31, 2019. — AFP

BUDAPEST: A Hungarian court confirmed Thursday new charges against the captain of a Budapest river cruise ship involved in a collision with a sightseeing boat on May 29, which left at least 27 dead.

The Mermaid tourist boat sank with 35 people on board seconds after colliding with the larger Viking Sigyn vessel on a busy stretch of the Danube river in the capital Budapest.

Budapest’s Metropolitan Tribunal court said on Thursday it was upholding the detention of the 64-year-old Ukrainian captain of the Viking Sigyn on charges of failing to provide assistance to the victims of the collision.

The court remanded him in custody for a further month.

He had already been arrested in June on suspicion of “endangering waterborne traffic resulting in multiple deaths”.

All of those on board the Mermaid were South Korean tourists except for a Hungarian crew member and the captain, also Hungarian.

Only seven tourists were rescued alive after the incident.

The search for the victims along the Danube river, from the accident site to the southern border with Serbia, was the largest ever search operation mounted in Hungary, according to authorities.

A team dispatched from South Korea also took part in the search.

Twenty-seven bodies were found, leaving one victim of the tragedy still missing. — AFP