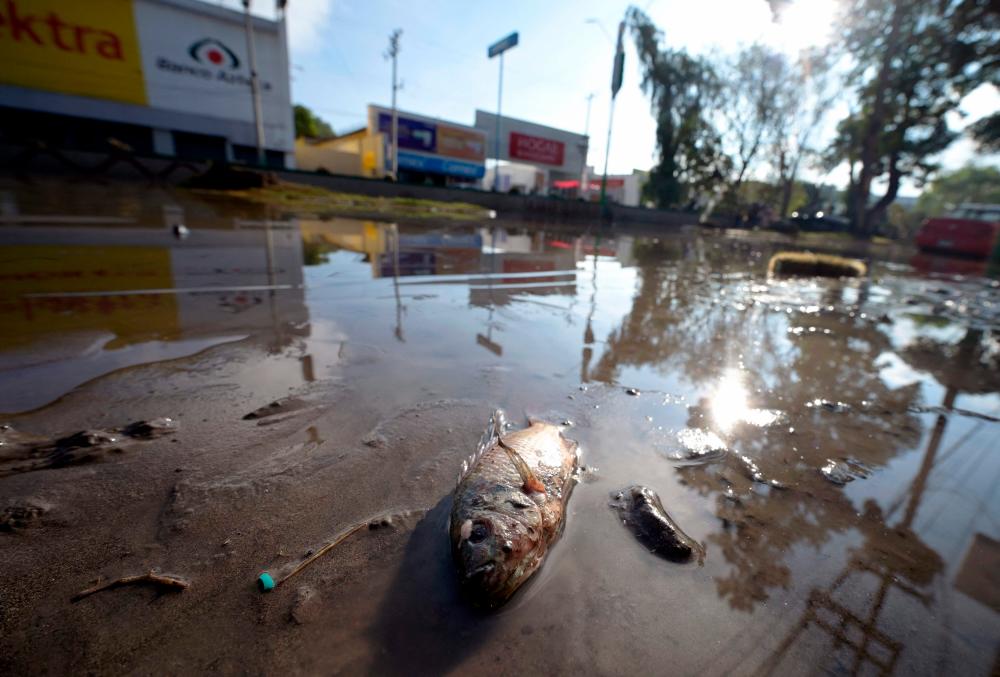 Olaf made landfall very near the city of San Jose del Cabo as a Category Two storm packing maximum winds of 100 miles (160 kilometers) per hour, the US National Hurricane Center (NHC) said.

A hurricane warning was in effect for a stretch of Baja California coastline from Los Barriles to Cabo San Lazaro.

“Preparations to protect life and property should be rushed to completion,“ the NHC said.

A Category Two storm is the second lowest of five levels on the Saffir-Simpson hurricane scale and considered capable of causing extensive damage.

A dangerous storm surge was expected to be accompanied by large and damaging waves near the coast, the NHC said, warning that heavy rainfall may trigger “significant and life-threatening flash flooding and mudslides.”

Authorities set up storm shelters and school children in the state of Baja California Sur were told to stay home on Friday.

Ports were closed for smaller boats and flights were cancelled at the Los Cabos and La Paz airports.

The hurricane comes at a time when Mexico is still recovering from a 7.1-magnitude earthquake and major flooding elsewhere in the disaster-prone country.

Fourteen patients at a hospital in the town of Tula in the central state of Hidalgo died this week after flooding disrupted the power supply and life-sustaining oxygen treatment.

Tens of thousands of residents were affected after a river in the town burst its banks, forcing people to leave their homes.

Jenny Casillas, a housewife in her 40s, told AFP on Thursday that the water reached the roof of her house in less than 10 minutes

“From one moment to the next, everything got out of control,“ she said.

Then came the earthquake that left at least one person dead on Tuesday in the southern state of Guerrero, damaged buildings and was felt hundreds of kilometers away.

“The rain didn’t let up and then to top it all came the earthquake,“ said Marisela Maya, 31, who works at a clinic in Tula.

“It will be difficult for us to climb out of this situation,“ she said. -AFP