Ian strengthens to Category 1 hurricane as it nears Cuba: NHC 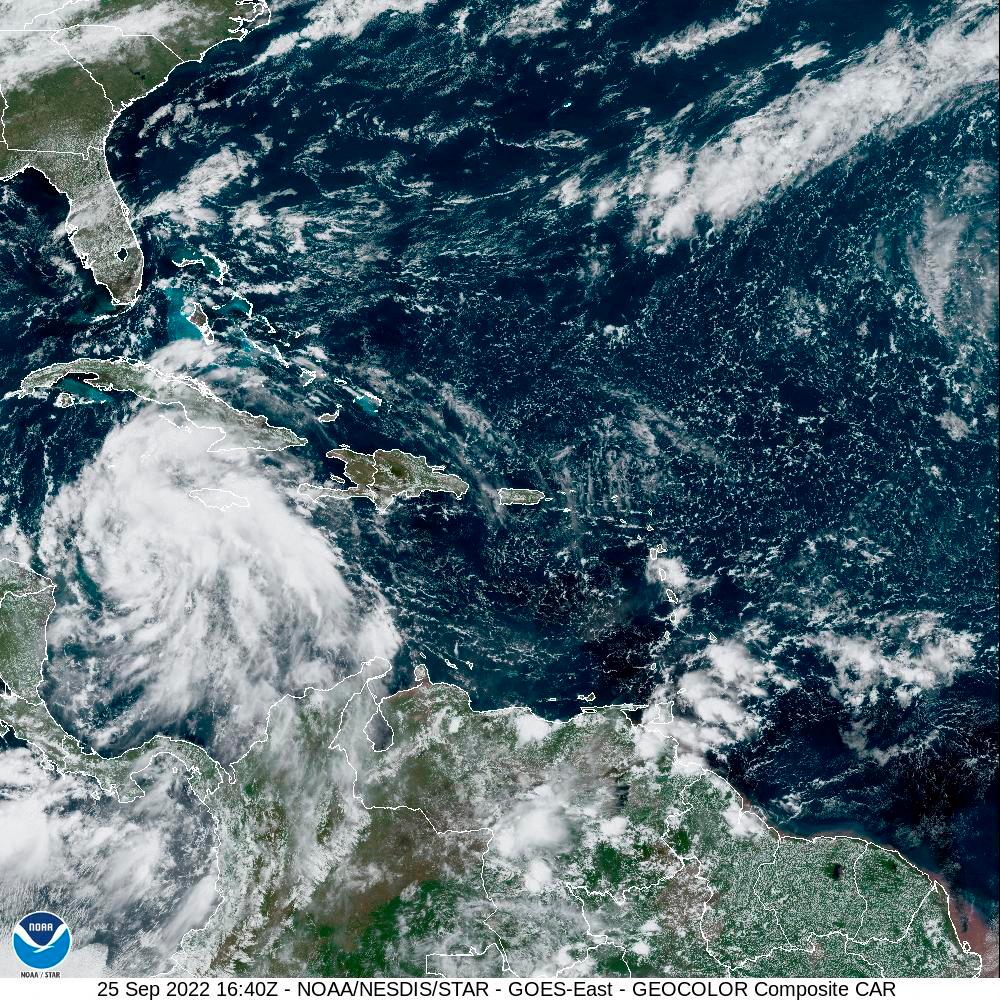 Tropical Storm Ian is seen near the coast of Cuba in this satellite image taken September 25, 2022. REUTERSPIX

WASHINGTON: Tropical storm Ian has strengthened into a Category 1 hurricane as it nears western Cuba, the US National Hurricane Center (NHC) said in an advisory on Monday.

The storm was moving northwest toward western Cuba and the Cayman Islands with maximum sustained winds of 75 miles (120 kilometers) per hour, meteorologist said.

Western Cuba was expected to bear the brunt of the storm on Monday, with the NHC warning of “significant wind and storm surge impacts.”

People in the US state of Florida were also preparing for the storm's imminent arrival, with the NHC issuing a hurricane watch for the state's west coast, including Tampa Bay.

On Sunday, Florida's Governor Ron DeSantis declared a state of emergency in all 67 counties as officials scrambled to prepare for the storm.

The governor urged residents to stock up on food, water, medicine and fuel and to prepare for power outages.

DeSantis activated 2,500 National Guard members to help with the effort.

Authorities in several Florida municipalities, including Miami, Fort Lauderdale and Tampa, began distributing free sandbags to residents to help them protect their homes from the risk of flooding.

The Caribbean and parts of eastern Canada are counting the costs of powerful storm Fiona, which tore through the region last week.

The storm packed intense winds of 80 miles (130 kilometers) per hour when it arrived with force rarely seen in eastern Canada, bringing torrential rain and waves of up to 40 feet (12 meters). - AFP 1.Neymar ruled out of PSG’s game against Toulouse