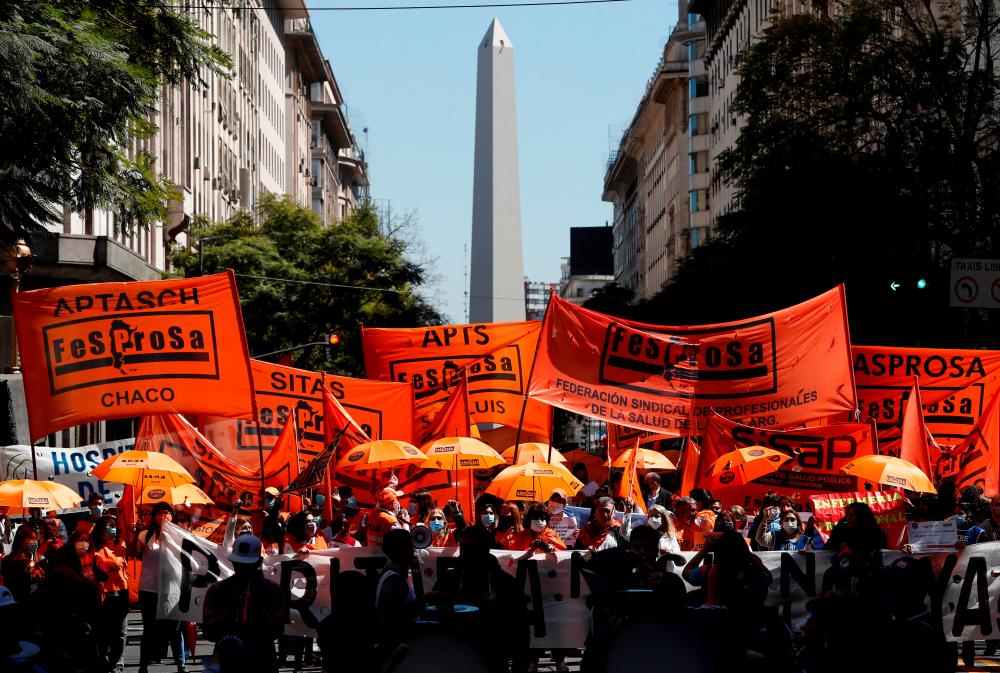 FILE PHOTO: Demonstrators protest against Argentine President Alberto Fernandez’s administration and the IMF agreement amid a severe crisis of the economy, at the Obelisk, in Buenos Aires, Argentina September 21, 2021. REUTERSpix

WASHINGTON: The International Monetary Fund said Friday it has completed its first review of a huge loan program agreed with Argentina and will now disburse $4 billion.

Argentina is just emerging from three years of recession and battling a high poverty rate and rising inflation, which hit 51 percent last year.

In March the IMF approved a 30-month credit program with Argentina totaling $44 billion. The $4 billion is part of that.

“Against the backdrop of increased global uncertainties, the Executive Board assessed that all end-March 2022 and continuous performance criteria and indicative targets were met, and that initial progress was made on the structural front,“ the IMF said.

Under the deal struck in March -- the 13th that Buenos Aires has signed with the IMF since the return of democracy in 1983 -- repayments will be made from 2026 to 2034 after a grace period. - AFP 3.Medvedev returns to final four in Cincinnati, Rybakina out