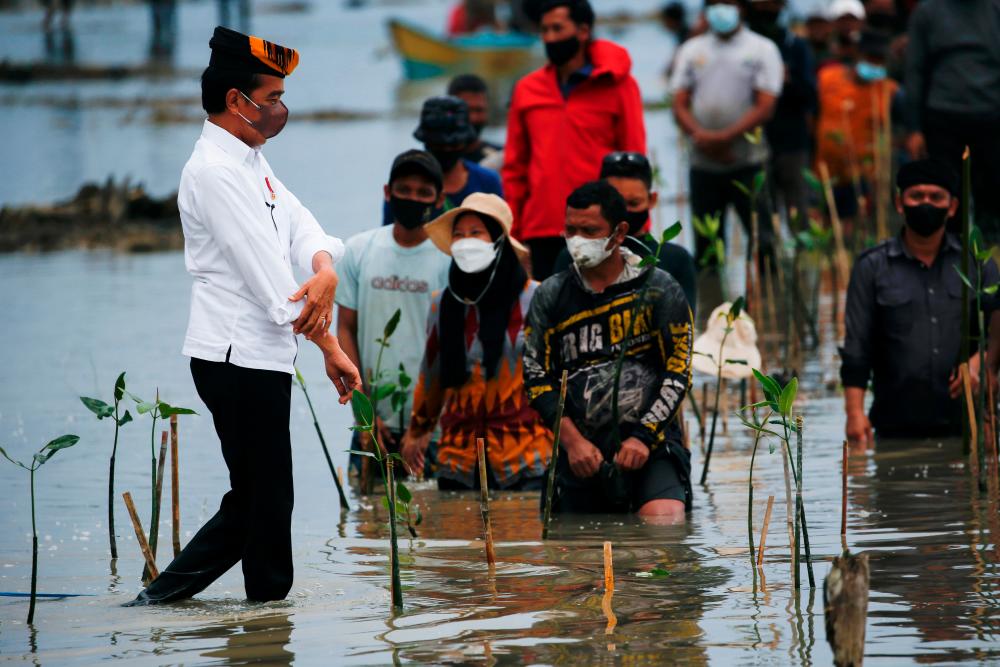 “We will fix our target for the next three years. We will rehabilitate 600 thousand hectares (of mangrove forests),” he said in Tana Tidung district, North Kalimantan on Tuesday.

He made the statement after planting mangroves with ambassadors of several countries and the people of Tana Tidung, it reported.

“The total of our mangrove forest (areas) is 3.6 million hectares,” he noted.

According to Antara, Jokowi said rehabilitation efforts are being undertaken to protect coastal areas from sea waves, seawater intrusion, and preserve the habitat of species, including birds, fishes, crabs, monkeys, and other flora and fauna, living in and around the mangrove forests.

"In North Kalimantan, there are 180 thousand hectares of mangrove forests which we will look at in more detail, and we will rehabilitate (them)," the President added.

Earlier, Minister Bakar had affirmed that the Indonesian government will accelerate mangrove rehabilitation to recover around 600 thousand hectares of mangrove land by 2024.

"There are many ways (for the acceleration). From the government side, there are state budget and regional budget. There are also the supports from the Corporate Social Responsibility (CSR) and SOEs (state-owned enterprises) as well as the outstanding initiatives from the community, for example, tree adoption,” she said.- Bernama