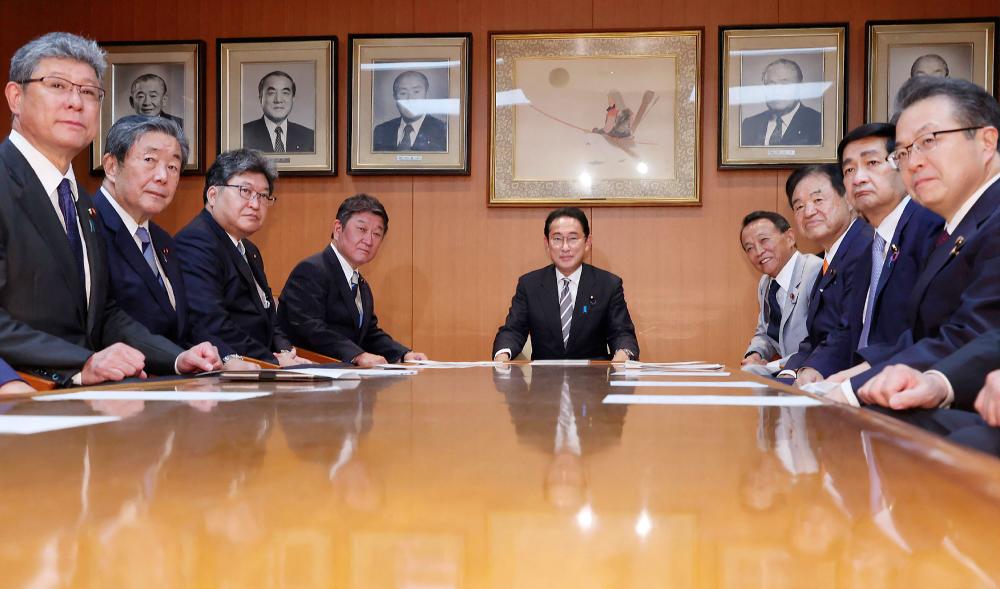 Japan's Prime Minister Fumio Kishida (C) attends the Liberal Democratic Party (LDP) board meeting at the party's offices in Tokyo on August 10, 2022, ahead of an expected cabinet reshuttle. - AFPPIX

A special meeting of the cabinet started at 11.30 am local time (02:30 am GMT). The new Japanese government led by Prime Minister Fumio Kishida is expected to be announced soon.

Originally, the government reshuffle was supposed to be carried out in early September, but now due to the intention to accelerate the promotion of his economic concept of “new capitalism”, the need to take action due to rising food and fuel prices, and in order to prepare in advance for the session of parliament, the prime minister decided to speed up the reshuffle process in the government. - Bernama