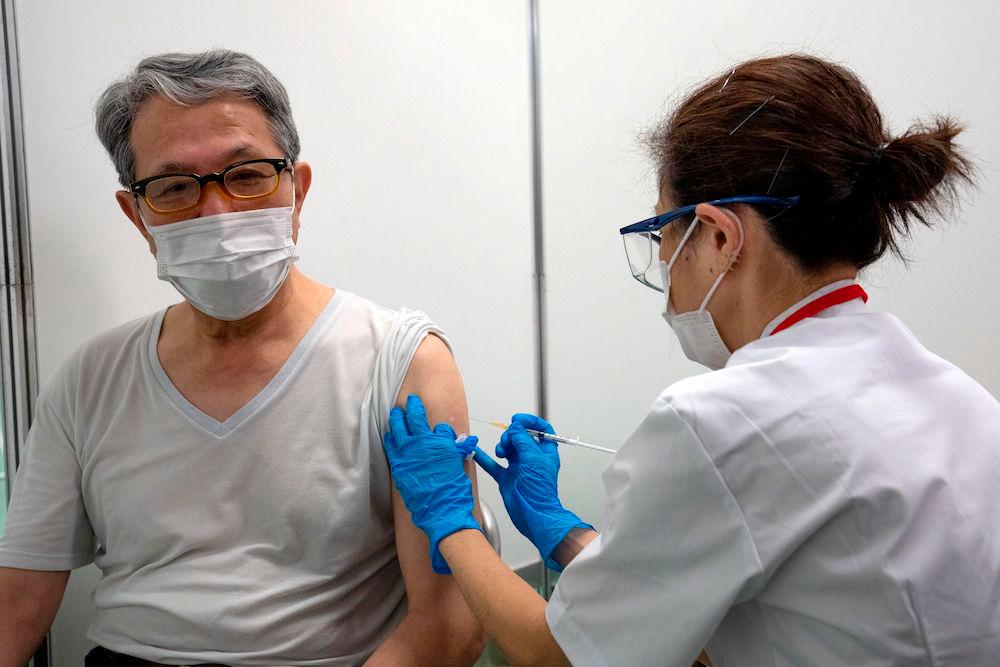 In a policy speech to parliament, Kishida also said Japan would fortify defence capabilities around its southwestern islands near Taiwan, and that the marked improvement of North Korea's missile technology should not be condoned.

With an upper house election slated later this year, containing the pandemic is critically important for Kishida. His predecessor, Yoshihide Suga, stepped down last year after his voter support crumbled as COVID-19 surged.

“The Kishida administration puts the highest priority on its coronavirus response,“ the prime minister said in the speech marking the start of a regular session of parliament.

From March, booster shots for the elderly will be administered six months after the second shots, rather than the originally planned eight months, and the interval will be shortened by a month or two for other adults, he said.

Fewer than 1% of Japanese have received booster shots, far behind Britain's 53% and 24% in the United States, according to the Our World in Data project at the University of Oxford.

Kishida underscored a tough battle ahead and asked for the people's support in fighting the pandemic.

“We need to remind ourselves afresh this invisible enemy is tougher than expected,“ he said. “I am determined to press ahead calmly with our response based on the latest findings, while consulting specialists and not letting fear dominate us.”

On the security front, Kishida said he planned to strengthen Japan's island defence capabilities to better protect the Nansei island chain, which stretches to Taiwan from Kyushu, the southernmost of Japan's four main islands.

Tension over Taiwan has been rising as Chinese President Xi Jinping seeks to assert his country's sovereignty claims over the democratically ruled island.

Former Japanese prime minister Shinzo Abe said last month any emergency over Taiwan would mean an emergency for Japan, as well as for Tokyo's security alliance with the United States.

“North Korea’s repeated ballistic missile launches are never acceptable, and the significant improvement of its missile technology must not be condoned,“ he said.

North Korea has carried out a series of ballistic missile launches this year in an unusually fast sequence of weapons tests. - Reuters