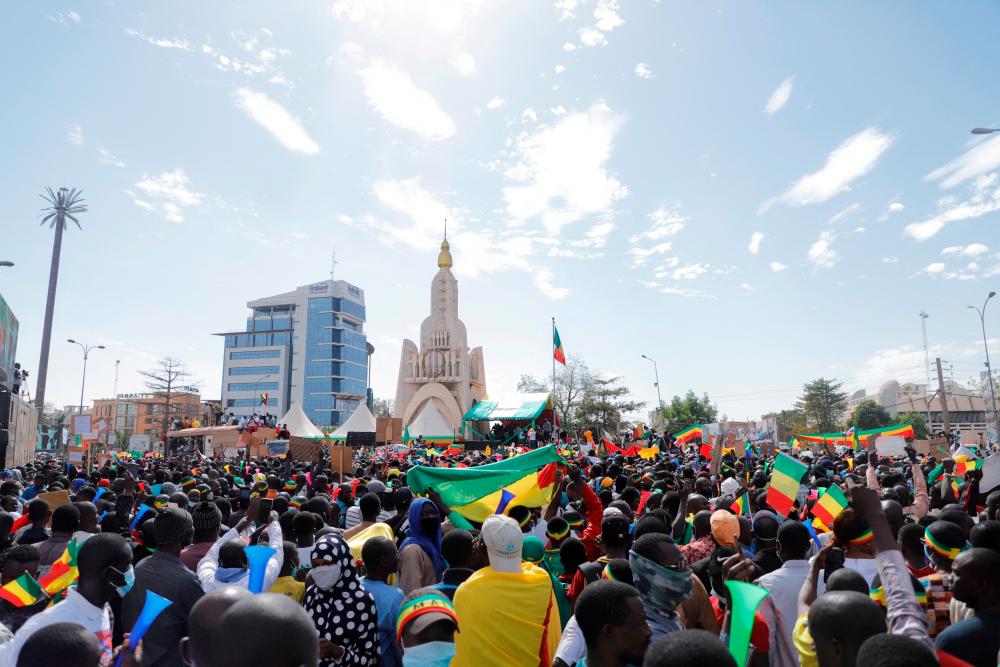 BAMAKO: Jihadists in the Sahel are waging an effective war of attrition, experts say, contributing to two military coups in the volatile African region within the last 18 months.

Burkina Faso’s army seized power on Monday and cited the “manifest incapacity” of the elected government to handle the Islamist insurgency, which it said “threatens the very foundations of our nation”.

The coup followed a military takeover in neighbouring Mali in August 2020, where the army also pointed to the deposed government's helplessness against jihadists, as well as corruption, as reasons for the putsch.

Much of the semi-arid Sahel region has been plagued by a brutal jihadist conflict that first emerged in Mali in 2012, before spreading to Burkina Faso and Niger.

Thousands of people across the region have died and around two million have been displaced by the conflict.

The impoverished landlocked countries have struggled to contain the violence, which has also begun to spill over into West African coastal states such as Ivory Coast and Togo.

Mahamoudou Savadogo, a Burkinabe security consultant, said that the whole region is suffering the “full force” of a jihadist “strategy of attrition”.

He explained that this consists of “being patient, sowing the seeds of division, destabilising our political system and destabilising the social order”.

'War of all against all'

A patchwork of competing Islamist groups -- including affiliates of the Islamic State group and al-Qaeda -- operate in the Sahel.

They are increasingly governing the areas they control as Sahel governments retreat, imposing sharia law and levying taxes.

Under-equipped and underfunded state security forces, for their part, are on the back foot. Some bases have been abandoned entirely in the face of sustained attack.

Malian researcher Boubacar Haidara told AFP that the precarious military situation combined with poor governance and corruption has driven a wedge between civilians and their leaders, both civilian and military.

In Burkina Faso, the most recent major attack is believed to have contributed to frustrations that led to Monday's coup.

On November 14, at least 57 people, 53 of them gendarmes, were killed in an assault on a police station at Inata in the north of the country, sparking protests.

An internal memo leaked a few days afterwards revealed that the soldiers had not been supplied with food for days.

A newspaper boss in Ivory Coast, a country itself threatened by jihadist spill-over, recently summed up the mood in a social media post.

“Terrorists are triumphing everywhere in the Sahel,“ said Tiemoko Assale, pointing to how the shock caused by jihadists massacres was triggering a “war of all against all”.

The militaries that have seized power in Mali and Burkina Faso have both announced their determination to regain control amid chaos.

Amnesty International researcher Ousmane Diallo said that both armies have “all the means to adopt the strategy they deem most effective to reverse the trend” now that they are in charge.

But he added: “If they don’t succeed, what will happen?”

In Mali at least, attacks on security forces appear to have fallen since the August coup.

However, the reasons for this are unclear. France, the former colonial power in much of the Sahel, has assassinated several jihadist leaders.

It is also difficult to verify the Malian junta's claims of military success.

Eventually, both Mali and Burkina Faso will likely have to confront the vexed question of whether to engage the jihadists in dialogue.

Many analysts view such talks as one of the few viable options to escape the cycle of violence.

But France -- which has thousands of troops deployed in the Sahel -- has long viewed dialogue with jihadists as anathema.

Jihadist leaders themselves have stayed relatively silent about the recent coups. They may be biding their time.

In a message broadcast after the Taliban took power in Afghanistan in August 2021, Iyad Ag Ghaly, the leader of the al-Qaeda-affiliated GSIM group, praised the “patience” of Afghan fighters after two decades of American occupation.