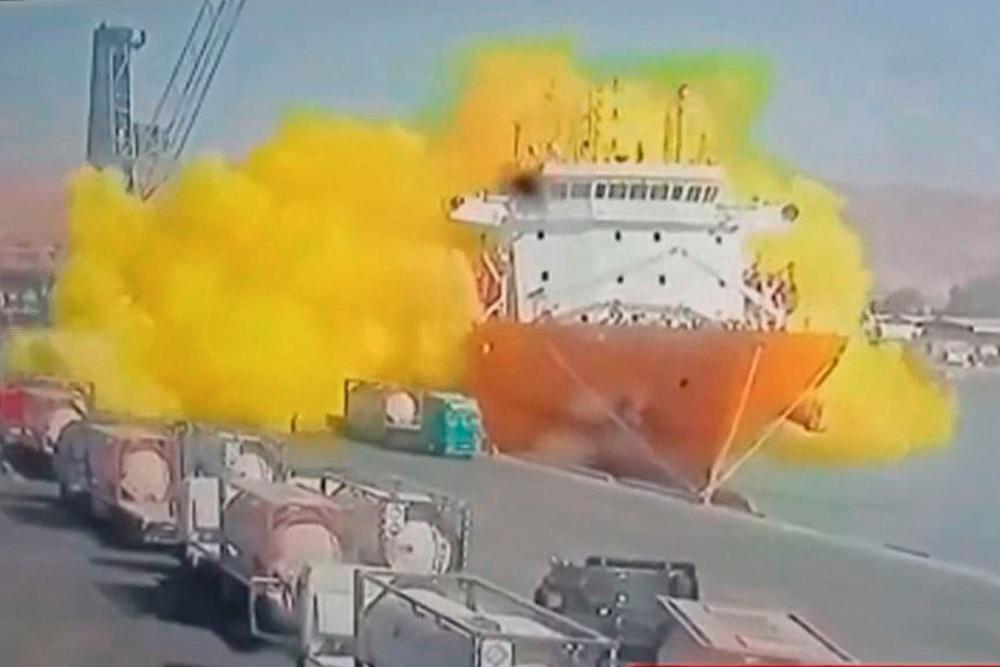 This image grab taken from a CCTV footage broadcasted by Jordan's Al-Mamlaka TV on June 27, 2022 shows the moment of a toxic gas explosion in Jordan's Aqaba port. AFPPIX

AMMAN: Ten people were killed and more than 200 injured Monday in a toxic gas leak in Jordan’s Aqaba port, the government spokesman said.

Footage on state TV showed a large cylinder plunging from a crane on a moored vessel, causing a violent explosion of yellow gas.

Civil defence spokesman Amer al-Sartawy had earlier reported that 234 people were injured after the tank filled with toxic gas fell.

“Specialists and the hazardous substances team in the civil defence are dealing” with the incident, Sartawy added.

According to Jordanian official sources, Aqaba’s southern beach was evacuated following the incident.

Jordan’s Aqaba port is the country’s only marine terminal and a key transit point for a vast portion of its imports and exports. — AFP