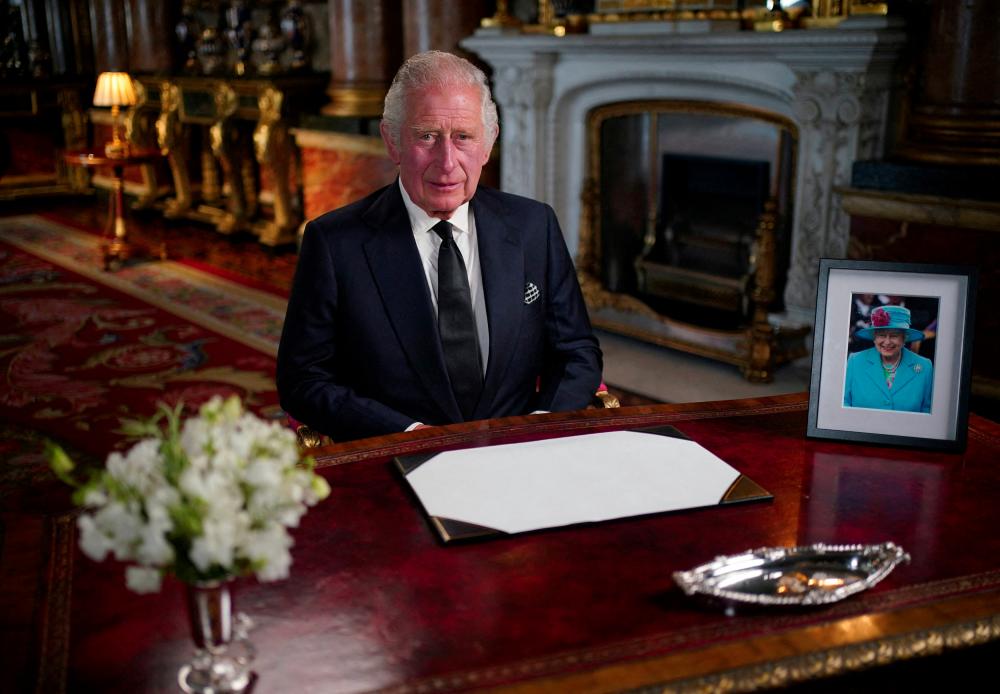 King Charles III delivers his address to the nation and the Commonwealth from Buckingham Palace, London, following the death of Queen Elizabeth II on Thursday. Picture date: Friday September 9, 2022. - REUTERSPIX

LONDON: Britain’s King Charles III on Friday pledged “lifelong service” in his first address to the nation and the Commonwealth after assuming the throne following the death of his mother, Queen Elizabeth II, on Thursday.

“Throughout her life, Her Majesty the Queen was an inspiration,“ he said in his televised speech. “Queen Elizabeth was a life well lived; a promise with destiny kept and she is mourned most deeply in her passing. That promise of lifelong service I renew to you all today,“ Xinhua quoted him as saying.

He said he felt “profound sorrow” over the death of his mother and that he shared the public’s “sense of loss beyond measure”.

Charles, 73, will be officially proclaimed King at the Accession Council on Saturday in a ceremony held at St James’s Palace in London.

Charles bestowed the titles of Prince and Princess of Wales on his eldest son William and daughter-in-law Kate -- titles that he and his late wife Diana previously held.

He also expressed love for his son Harry and daughter-in-law Meghan Markle as they “continue to build their lives overseas”. - Bernama MyAirline optimistic of being cash positive from first year

MyAirline optimistic of being cash positive from first year