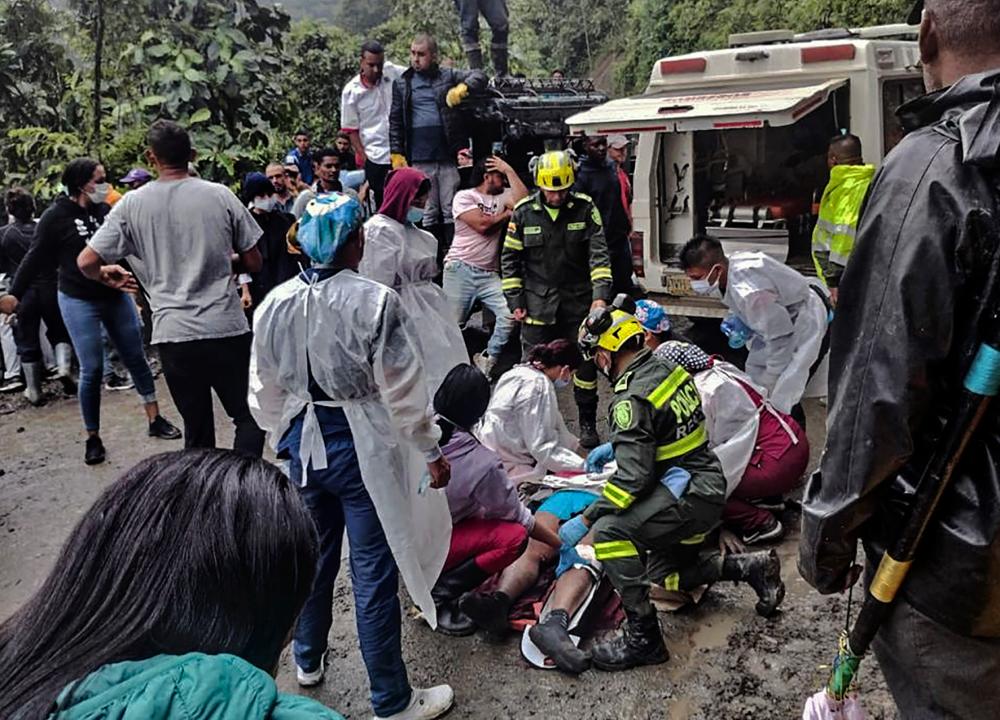 BOGOTA: At least 34 people died when a landslide buried a bus in northwestern Colombia on Sunday, the government disaster agency said on Monday.

The landslide, caused by heavy rain, hit the bus on the road between the villages of Pueblo Rico and Santa Cecilia in Risaralda province - about 230 km (140 miles) northwest of the capital Bogota - the national agency for managing risks and disasters (UNGRD) said in a statement.

Rescuers are digging through the mud for survivors and authorities said nine people have been rescued alive. One of those was a 7-year-old girl found clinging to her deceased mother, said Risaralda Governor Victor Tamayo.

President Gustavo Petro described the incident as a tragedy in a Twitter message.

“Solidarity with the families of the victims,“ Petro said, pledging support from the national government.

Eight of the victims were minors, the UNGRD said.

Landslides are common in Colombia due to the mountainous terrain, frequent heavy rains and informal construction of houses.

The country will focus on reforestation to avoid further tragedies connected to landslides in the future, Environment Minister Susana Muhamad said in a message on Twitter.

Pueblo Rico Mayor Leonardo Fabio Siagama told reporters that bodies were being brought to a sports stadium in the town.

The bus was traveling from Cali, Colombia’s third largest city, to the municipality of Condoto, in Choco province.

Colombia has been affected by an unusually heavy rainy season, blamed on the La Nina weather phenomenon.

Events linked to heavy rains have killed more than 216 people and left 538,000 homeless so far in 2022, according to government statistics. Another 48 people are still missing across the country, the figures show.

The country’s most recent large landslide killed over 320 people in the city of Mocoa in 2017. - Reuters Fixed-line internet Unity Package for B40 to be introduced Taiwan: Bird owner ordered to pay US$91,350 to doctor injured by pet

Fixed-line internet Unity Package for B40 to be introduced

Taiwan: Bird owner ordered to pay US$91,350 to doctor injured by pet 1.ASB bullish about its prospects in O&G industry as operations remain steady

2.Fixed-line internet Unity Package for B40 to be introduced

5.Taiwan: Bird owner ordered to pay US$91,350 to doctor injured by pet