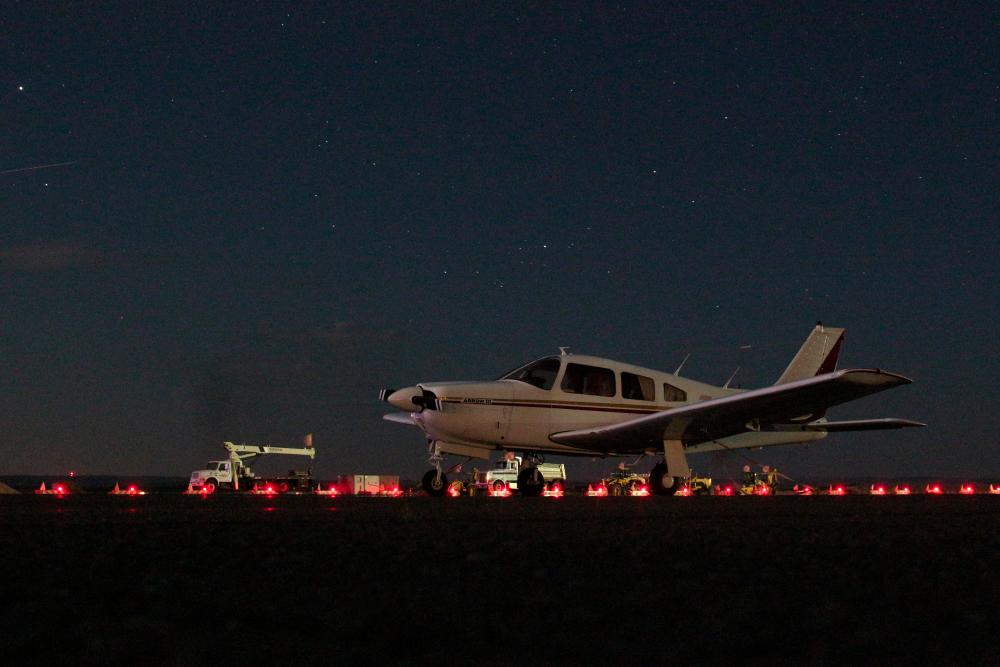 RIGA: Latvia’s navy has found human remains and wreckage in its search for a private jet that crashed in the Baltic Sea far from its intended destination, a spokeswoman said on Tuesday.

“Yesterday 11 pieces of airplane debris were found in the sea, including fragments of airplane seats and some possible baggage items like shoes,“ Liva Veita told AFP.

The material recovered was taken ashore to the port of Ventspils and handed to the police, which has launched a criminal investigation.

The jet carrying four people took off from Spain and was due to land in Germany on Sunday but continued to fly across Europe.

The plane, a Cessna 551, crashed into the Baltic Sea off Ventspils in as yet unexplained circumstances.

Veita said a drone was used to identify the most likely crash coordinates and underwater robots had also been deployed to the area. - AFP