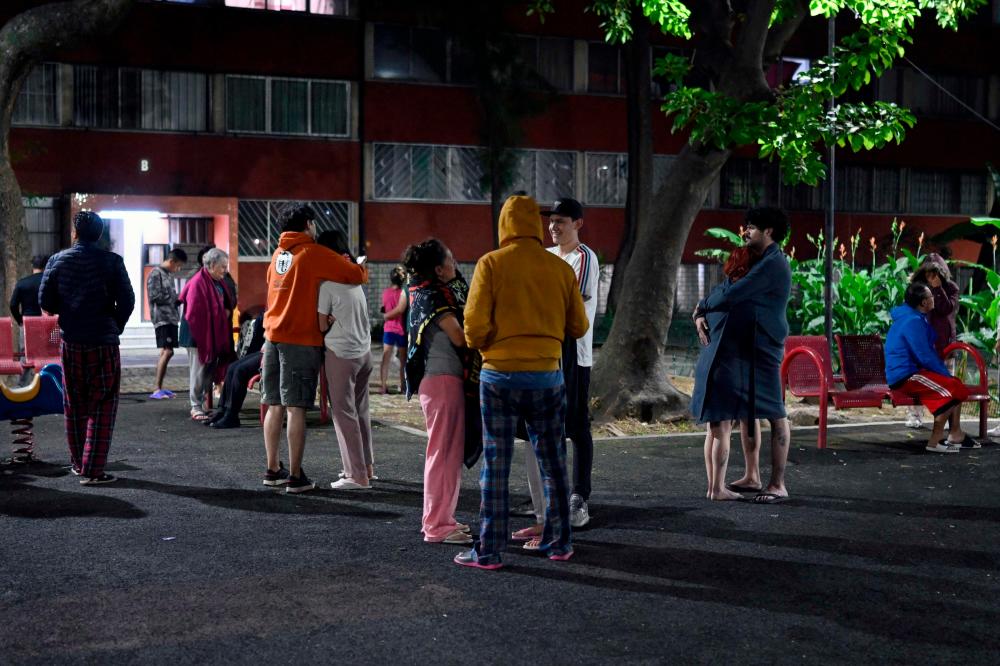 People are seen at the Tlatelolco neighborhood after a 6.8-magnitude earthquake in Mexico City on September 22, 2022. AFPPIX

Residents of Mexico City scrambled out of their homes as the earthquake alarm sounded and buildings shuddered.

Mexico City Mayor Claudia Sheinbaum said on Twitter shortly after that there were no initial reports of damage in the city.

The quake, which the U.S. Geological Survey (USGS) first measured at magnitude 7.0, was registered at a depth of 20.7 km (12.9 miles), slightly deeper than Monday's temblor.

On Monday, the anniversary of deadly earthquakes in 1985 and 2017, a magnitude 7.6 earthquake hit western Mexico, killing two in the Pacific port of Manzanillo. - Reuters