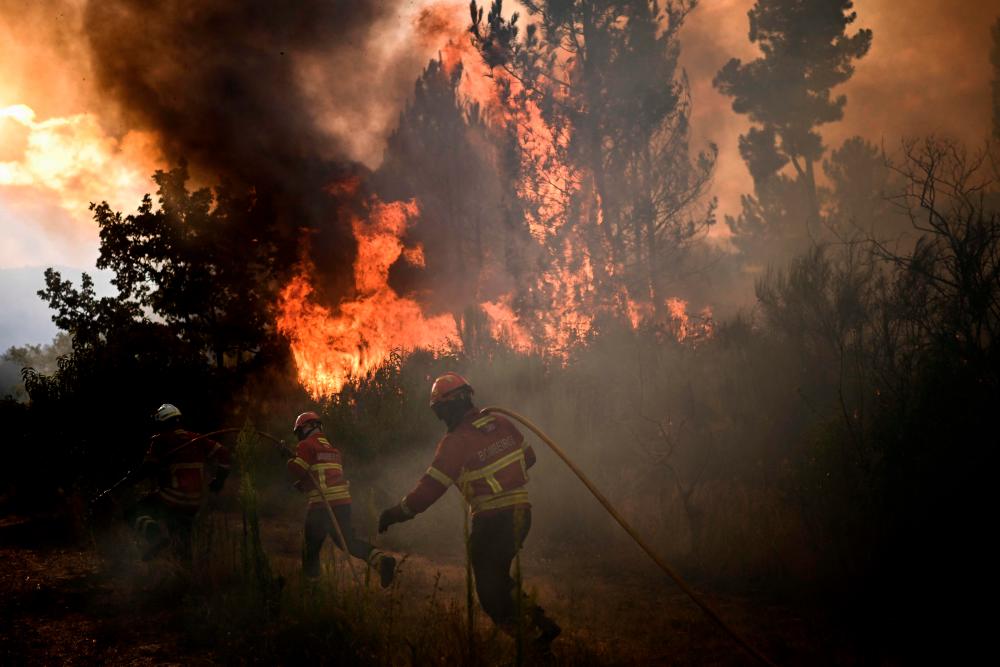 OVIEDO: More than a dozen people suffered burns after fleeing from a passenger train that was passing through a wildfire in the Spanish region of Valencia on Tuesday evening.

The train, which departed from the city of Valencia and was headed for Zaragoza, encountered the Bejis wildfire, which was raging out of control amid strong winds.

However, surrounded by flames, a number of panicked passengers decided to flee the train.

The passengers jumped into the middle of the raging fire. While some were able to run back to the train station, others returned to the train, many after being severely burnt.

A 58-year-old woman and a teenage girl are among the three people who suffered extreme burns and are being treated in hospital. According to Renfe, 8-10 people suffered from less severe burns.

After the dramatic scene, the train reversed back to the station of Caudiel in the Castellon province.

Local authorities said they are investigating the incident.

In July, passengers on the Spanish rail were also terrified as their train was surrounded by flames on both sides during another wildfire in northern Spain. No one was injured in that incident.

Besides train passengers, the violent Bejis wildfire injured three firefighters between Tuesday evening and Wednesday morning and forced the evacuation of around 1,000 local residents.

On Tuesday, it was reported that the fire had scorched around 800 hectares, but by Wednesday morning firefighters estimated that its magnitude had reached 6,000 hectares.

Further south in the region of Valencia, another wildfire that remains out of control has scorched an estimated 11,000 hectares and forced around 1,600 people from their homes. - Bernama