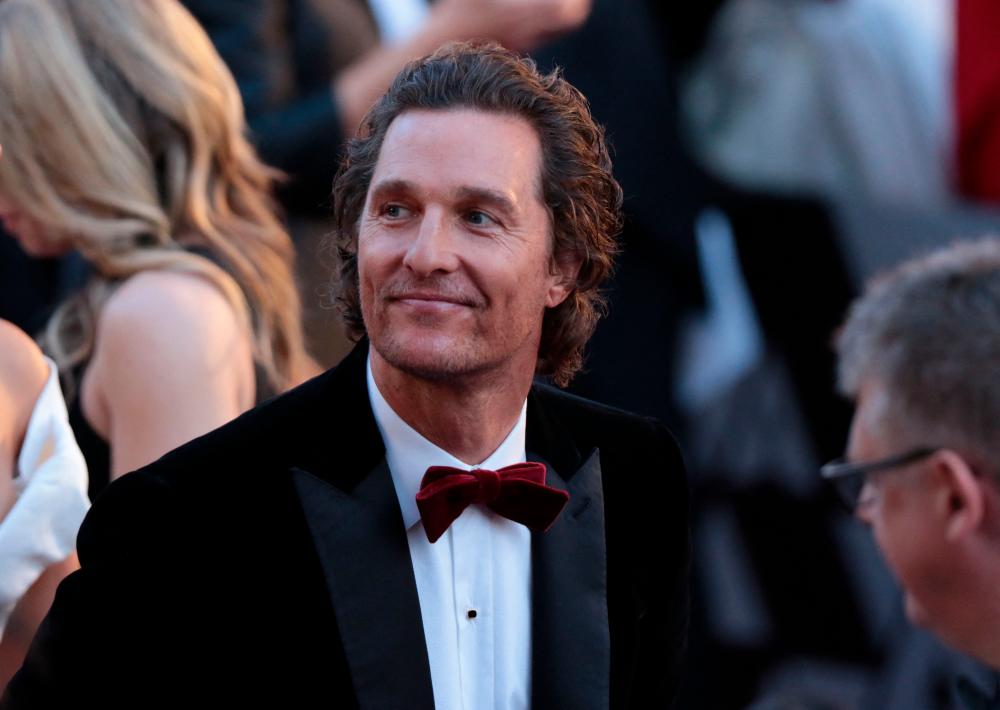 LOS ANGELES: Matthew McConaughey(pix) will not run for governor of Texas “at this moment”, the Oscar-winning actor said Sunday, after months of speculation that he would make the leap into politics.

The 52-year-old's political ambitions had caused excitement in liberal circles, and particularly among Texans appalled by Governor Greg Abbott, who signed a highly restrictive law banning most abortions.

“As a simple kid born in the little town of Uvalde, Texas, it never occurred to me that I would one day be considered for political leadership,“ the rom-com heartthrob turned serious actor said in a video posted online.

“It’s a humbling and inspiring path to ponder. It is also a path that I am choosing not to take at this moment.”

Polls had shown McConaughey would fare better against Abbott than Beto O'Rourke, the Democratic former presidential candidate who formally entered the race earlier this month.

Abbott is seeking a third term in the November 2022 election, for which nominations close on December 13.

McConaughey told AFP earlier this month that a gubernatorial campaign had “been discussed. It’s a possible avenue.”

The “Dallas Buyers Club” and “True Detective” star had not declared allegiance to either major party.

He described himself as “aggressively centrist”, adding: “Not because that’s the place of gray and compromise... I think today it’s a daring space. It’s the space of outlaws.”

In the Sunday video, McConaughey said that his ruminations on state and national politics had taught him that “we have some problems we need to fix; that our politics needs new purpose; that we have divides that need healing.”

He pledged to use his time instead to support businesses and foundations “creating pathways for people to succeed in life.”-AFP