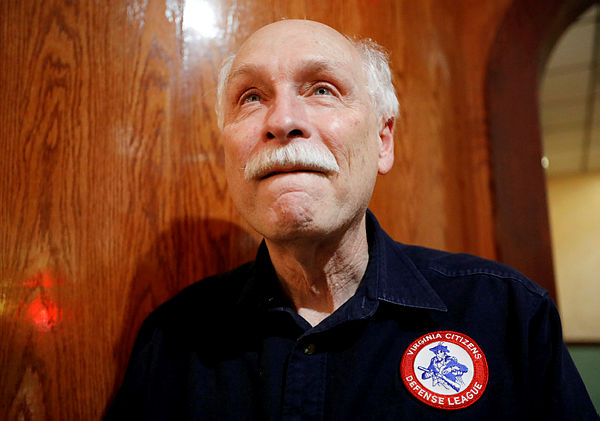 RICHMOND: A pro-gun rally expected to draw thousands around Viriginia’s capitol building on Monday has authorities bracing for violence, but it also marks shifting battle lines in the US gun debate.

Those backing tougher curbs see Democrats taking control of the Virginia legislature for the first time in a generation on campaign promises of tougher access to arms as offering a model for other traditionally gun-friendly states.

Facing off against them are gun enthusiasts.

They argue Virginia is stomping on their constitutional right to bear arms and vow that Monday’s rally will help citizens understand how quickly they can lose the ability to carry guns, based on who wins at the ballot box.

“The Virginia election last November was an indictment of guns, and it was not an outlier,“ said Christian Heyne, who leads legislative efforts at the gun violence prevention group Brady.

“Virginia candidates flipped things on their head when they won because of the gun issue, not despite it. That is a fundamental shift.”

Tension rose ahead of the rally after the FBI arrested three members of a small neo-Nazi group last week, who authorities said had hoped to ignite a race war through violence at the gathering, reminiscent of a 2017 white supremacist rally in nearby Charlottesville.

People across the United States were focused on the Virginia gun issue, said Philip Van Cleave (pix), leader of the Virginia Citizens Defense League, which is organising Monday’s rally.

“People are looking at this and saying, ‘This is a canary in the coal mine. If they’re coming after rights in Virginia, then they’ll be coming for ours as well,‘” Van Cleave said on Sunday.

“They don’t want us to fail in stopping this. We’ve gotten huge donations from other states.”

Van Cleave has rejected calls for violence, but he has urged tens of thousands of armed militia leaders from across the United States to be in Richmond’s streets to provide security for his group.

A spokesman for the Capitol police said Van Cleave had worked closely with law enforcement officers on rally plans.

High-profile national militia figures gathered for a meeting on Sunday near Richmond said they wanted Monday’s event to be peaceful, but feared the worst, with most saying any “lone wolf” could unleash bitter fighting with a single shot.

“The buildup is probably one of the most intense I’ve seen,“ said Tammy Lee, a right-wing Internet personality from Oklahoma, who was a figurehead in Charlottesville.

Christian Yingling, head of the Pennsylvania Light Foot Militia and a leader at the Charlottesville “Unite the Right” rally, said none of his men would carry long guns and they wanted to avoid skirmishes, but forecast they would come.

“With somewhere between 50,000 and 100,000 people possibly coming out, this thing has enormous potential to go bad,“ he said.

Virginia Governor Ralph Northam, a Democrat, has vowed to push through new gun control laws. He is backing a package of eight bills, including universal background checks, a “red flag” law, a ban on assault rifles and a limit of one handgun-a-month purchase.

Since the November election, nearly all of Virginia’s 95 counties have some form of “sanctuary”, a term first used by localities opposed to harsh treatment of illegal immigrants.

The idea has quickly spread across the United States, with over 200 local governments in 16 states passing such measures.

Despite the pushback, proponents of stronger gun laws say they are clearly winning the argument with the public, based on who got voted into office, and blame the tension on gun supporters.

“We’re in this situation because the gun lobby has been pushing their message that we’re going to take all guns away - they’ve been fanning this fire for years,“ said Michelle Sandler, a Virginia state leader for Moms Demand Action, the grassroots arm of Everytown for Gun Safety.

It is not Northam’s first bid to tighten state gun laws. He called a special legislative session last summer after the massacre of 12 people in Virginia Beach, but the Republicans who then controlled it refused to vote on his proposals.

President Donald Trump fanned the flames on Friday when he said the US Constitution was being attacked in Virginia, where he was soundly defeated in 2016 by Hilary Clinton.

“Your 2nd Amendment is under very serious attack in the great commonwealth of Virginia,“ Trump posted on Twitter, referring to the provision that gives Americans the right to keep and bear firearms.

The NRA, which is not involved in organising Monday’s rally, also blasted Virginia’s Democrats, who received campaign contributions last year of more than US$2.5 million from Everytown for Gun Safety, started by former New York mayor and Democratic presidential candidate Michael Bloomberg.

“Anti-gun billionaires who invested millions in the 2019 Virginia elections expect a return on that investment,“ said NRA official DJ Spiker.

“The NRA is fully prepared to work to defeat Governor Northam’s gun grab - but also work to find compromise.” — Reuters