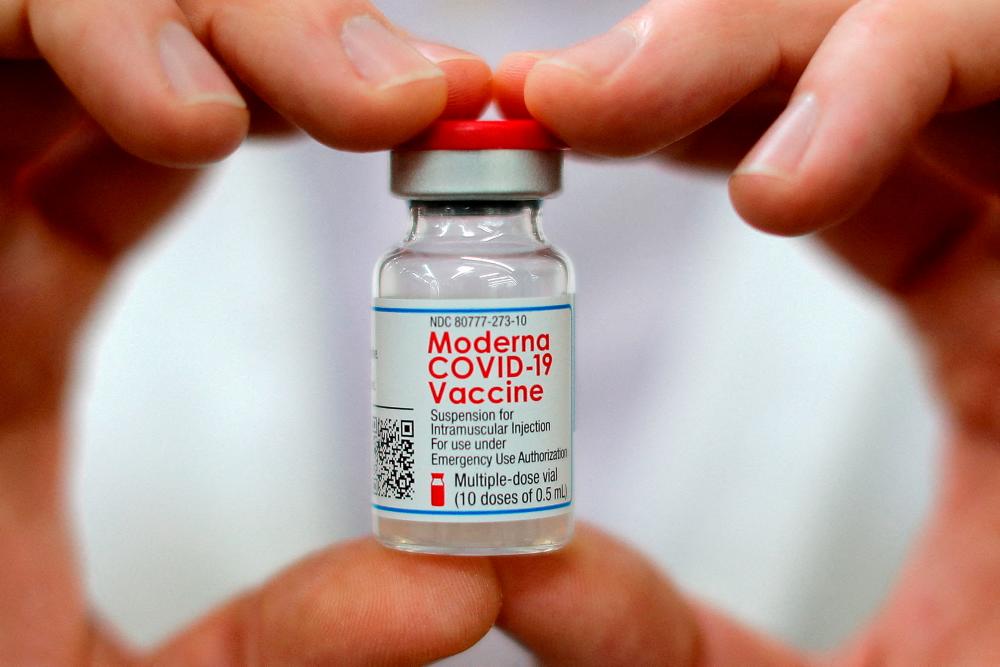 WASHINGTON: US biotech company Moderna announced on Wednesday that it has begun clinical trials of a booster dose of vaccine designed specifically to combat the Omicron variant of the coronavirus.

The booster specifically targeting Omicron will therefore be evaluated as both a third and a fourth dose.

The company also reported results on the efficacy against Omicron of the booster that has already been authorised.

It said that six months after the booster injection, the levels of neutralising antibodies against Omicron were reduced by six times from the peak observed 29 days after the injection — but remained detectable in all participants.

These data were obtained by studying the blood of 20 people who received the 50 microgram booster, half the amount of the first two injections.

“We are reassured by the antibody persistence against Omicron at six months after the currently authorised” booster, Moderna chief executive Stephane Bancel said in the statement.

“Nonetheless, given the long-term threat demonstrated by Omicron’s immune escape, we are advancing our Omicron-specific variant vaccine booster candidate and we are pleased to begin this part of our Phase 2 study,” Bancel continued.

Moderna’s statement came the day after rivals Pfizer and BioNTech said they had begun enrolment for a clinical trial for an Omicron-specific vaccine.

Both vaccines are based on messenger RNA technology, which makes it relatively easy to update them to keep up with mutations specific to new variants.

Several countries, including the United States, have begun to see a decline in cases associated with the infection wave caused by Omicron, the most transmissible variant detected so far, but the number of infections worldwide continues to rise. — AFP