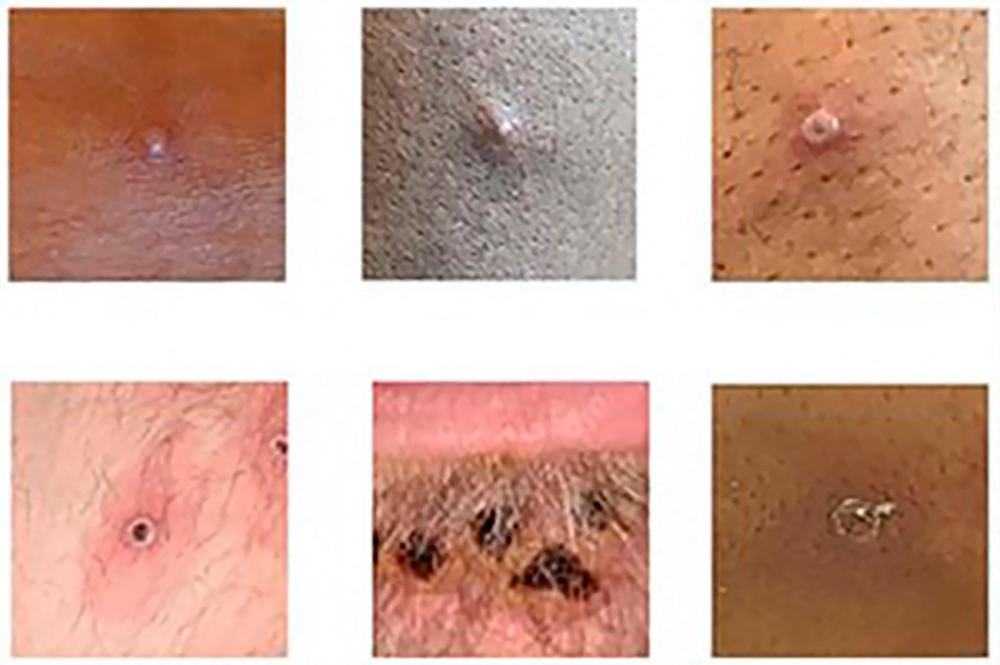 This file handout picture made available by the UK Health Security Agency (UKHSA) on June 22, 2022 shows a collage of monkeypox rash lesions at an undisclosed date and location. Handout/UK HEALTH SECURITY AGENCY/AFPpix

LONDON: Patients with monkeypox in the UK have noticeably different symptoms from those seen in previous outbreaks, according to researchers in London, raising concerns cases are being missed.

Monkeypox, a usually relatively mild viral illness that is endemic in several countries in western and central Africa, has caused more than 5,000 cases and one death outside those areas – mainly in Europe – since early May. Cases have also risen in the countries where it more usually spreads, according to the World Health Organization.

The research from London, published in the Lancet Infectious Diseases Journal, follows suggestions from public health bodies like the United States Centers for Disease Control and Prevention that the outbreak - which is spreading chiefly among men who have sex with men – is presenting unusually.

The authors, from a number of institutions including Chelsea & Westminster Hospital NHS Foundation Trust, said case definitions should be reviewed to avoid cases being overlooked, particularly as monkeypox can "mimic" other common sexually transmitted infections (STI) like herpes and syphilis. The study also found that a quarter of the monkeypox patients were HIV positive, and a quarter had another STI.

"Misdiagnosis of the infection may prevent the opportunity for appropriate intervention and prevention of onward transmission," said Dr Ruth Byrne, from the trust.

Monkeypox spreads through close contact, and researchers are working to establish whether it can also be transmitted via semen, the classic definition of sexual transmission.

David Heymann, an infectious diseases epidemiologist and WHO advisor on the outbreak, said it was important to control the spread without stigmatizing those affected.

"That includes working with populations at the greatest risk to try to help them understand how easy it is to prevent this infection – just by avoiding physical contact in the genital area [when a rash is present]," he told Reuters. — Reuters