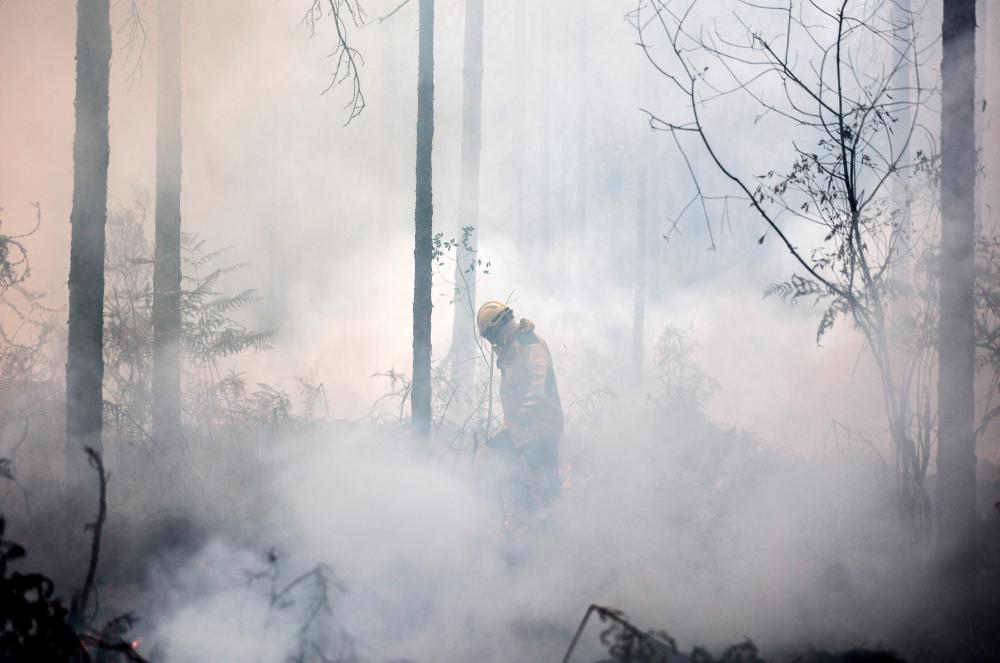 A French tactical firefighter lights a controlled fire to slow the advance of a wildfire near Belin-Beliet, southwestern France, on August 13, 2022. - AFPPIX

France has been buffeted this summer by a historic drought as well as a series of heatwaves and several forest fires, notably in the southwest.

The Aveyron fire, which has been raging since Monday, appeared to be under control and dying out on Saturday afternoon when it suddenly reignited in a “virulent” manner, gobbling up 500 more hectares (1,235 acres), the prefecture said.

At least 1,000 people were evacuated from the village of Mostuejols near the city of Millau and six nearby hamlets, it said.

Some 3,000 people had been evacuated because of the fire, but were allowed back when it appeared under control. No casualties have been reported so far from the blaze.

A local man was under investigation for accidentally starting the fire when a metal part of his trailer touched the road, sending off sparks that ignited the dried vegetation.

In eastern France, police said on Saturday they were banning entry to most forests in the Bas-Rhin region near the German border, in order to limit the risk of fires igniting.

In the southwestern Gironde region around Bordeaux, another fire which flared on Tuesday was under control after rain fell overnight, a senior official said.

The situation “considerably improved during the night,“ Arnaud Mendousse, of Gironde fire and rescue, said.

He said there had been between 10 and 30 mm of rain in the region but on “terrain that is extremely dry”.

“We know that this offers a respite but does no signify an end to the fight. We know that if it does not rain in the next 48 to 72 hours the risk will increase considerably.”

Mendousse said the humidity level has gone up and the temperature was relatively low at around 25 degrees Celsius, (77 Fahrenheit) adding: “The fire is not completely out and the soil remains extremely hot”.

EU members including Germany, Poland, Austria and Romania have pledged reinforcements totalling 361 firefighters to join the roughly 1,100 French ones on the ground, along with several water-bombing planes from the European Union fleet. - AFP