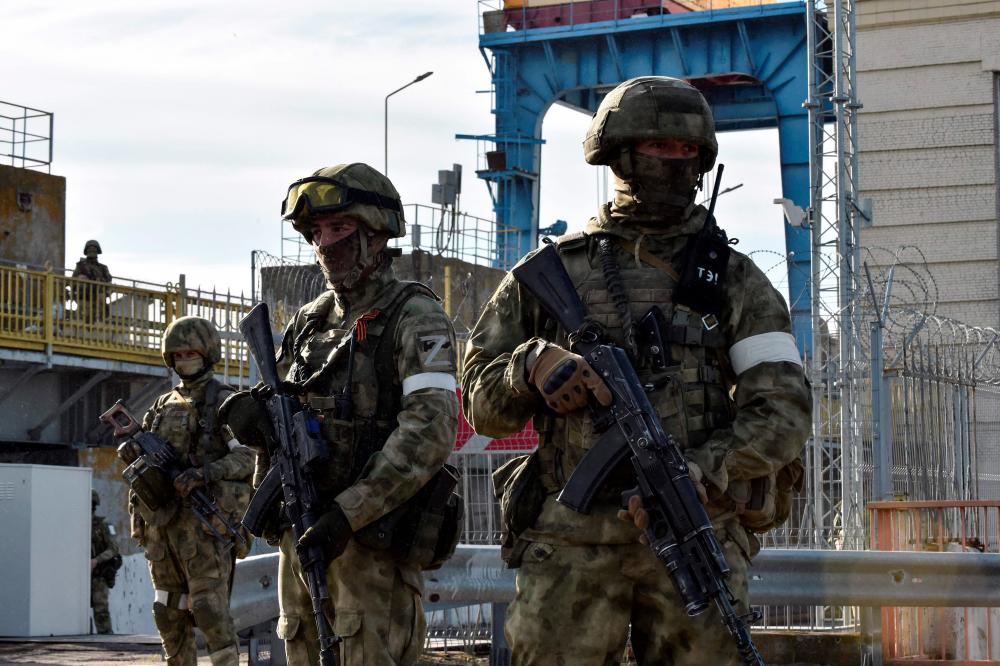 This photo taken on May 20, 2022 shows Russian servicemen patrolling at the Kakhovka Hydroelectric Power Plant, Kherson Oblast, amid the ongoing Russian military action in Ukraine. AFPpix

MOSCOW: The Moscow-installed mayor of Ukraine’s southern city of Enerhodar, the site of Europe’s largest nuclear power plant, was wounded in an explosion Sunday, a Ukrainian official and Russian news agencies said.

Andrey Shevchik was appointed mayor of Enerhodar after Russian troops took control of the city and the nearby Zaporizhzhia nuclear plant as part of Moscow’s military campaign in Ukraine that started on February 24.

“We have accurate confirmation that during the explosion the self-proclaimed head of the ‘people’s administration’ Shevchik and his bodyguards were injured,“ Dmytro Orlov, the elected mayor of Enerhodar, said on Telegram.

He added that they were in hospital “with injuries of varying severity” but the circumstances of the case were still being established.

Nobody else was injured in the blast, he added.

Citing a source in emergency services, Russian news agency RIA Novosti said that Shevchik was in intensive care, while according to a source in law enforcement of TASS news agency, the blast was caused by an “improvised explosive device”.

A city of around 50,000 people, Enerhodar was built in the 1970s to serve the local power plants. It’s nuclear plant sits along the Dnipro river, on the opposite bank of the Ukrainian-held city of Zaporizhzhia.

Clashes erupted at the plant in the first days of the conflict, raising fears of a possible nuclear disaster in a country where a nuclear reactor exploded at the Chernobyl plant in 1986. — AFP