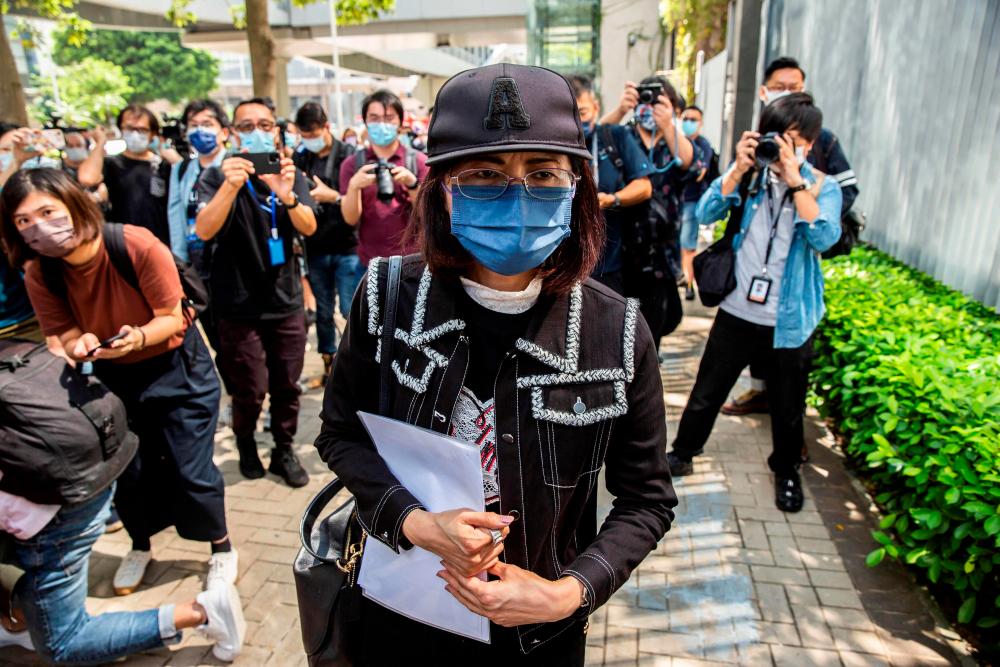 The mother of Poon Hiu-wing (C), a 19-year-old woman who was murdered by her boyfriend during a visit to Taiwan in 2018, leaves after speaking to the media outside government headquarters in Hong Kong on October 20, 2021. AFPpix

HONG KONG: The mother of a murdered Hong Kong woman blasted the authorities on Wednesday for allowing her daughter's killer to live as a free man, a case that has festered because China does not recognise Taiwan.

Poon Hiu-wing, 19, was pregnant when she was strangled by her boyfriend Chan Tong-kai during a Valentine's trip to Taiwan in 2018.

The murder, which Chan has admitted to, sparked a chain reaction that led to huge democracy protests the following year and has been a source of embarrassment for the Hong Kong government.

Poon's mother – who has never revealed her name – held an emotional press conference outside the government headquarters on Wednesday, calling on authorities to either fly Chan to Taiwan or prosecute him locally for murder.

"The Hong Kong government believes that this felon, who can kill again at any time, is fit to walk the streets and threaten people's lives," she told reporters.

Chan had "never faced consequences for murder", she said, after it was revealed earlier this month that he had left police protection and he was free to live a normal life.

Hong Kong prosecutors said they had no jurisdiction to try him for murder. They also declined to send Chan to Taiwan because China's government does not recognise the democratic self-ruled island.

After Poon's murder, Hong Kong tried to pass a new law that would allow extraditions to both Taiwan and mainland China.

But that sparked protests by many Hong Kongers who feared the law could see them disappear into China's opaque mainland courts.

Those rallies soon morphed into huge and often violent pro-democracy demonstrations that convulsed the city for seven straight months in 2019.

Chan did serve a short jail sentence in Hong Kong on money laundering charges based around the fact that he was in possession of Poon's credit card on his return from Taiwan.

It was during those proceedings he admitted to killing her.

Chan has previously said via an intermediary that he is willing to face justice in Taiwan. But no steps have been taken by him or the Hong Kong authorities to make that happen.

Both Hong Kong and Taiwan have blamed each other over the impasse.- AFP