N.Korea reports 21 deaths of people with fever amid Covid: KCNA 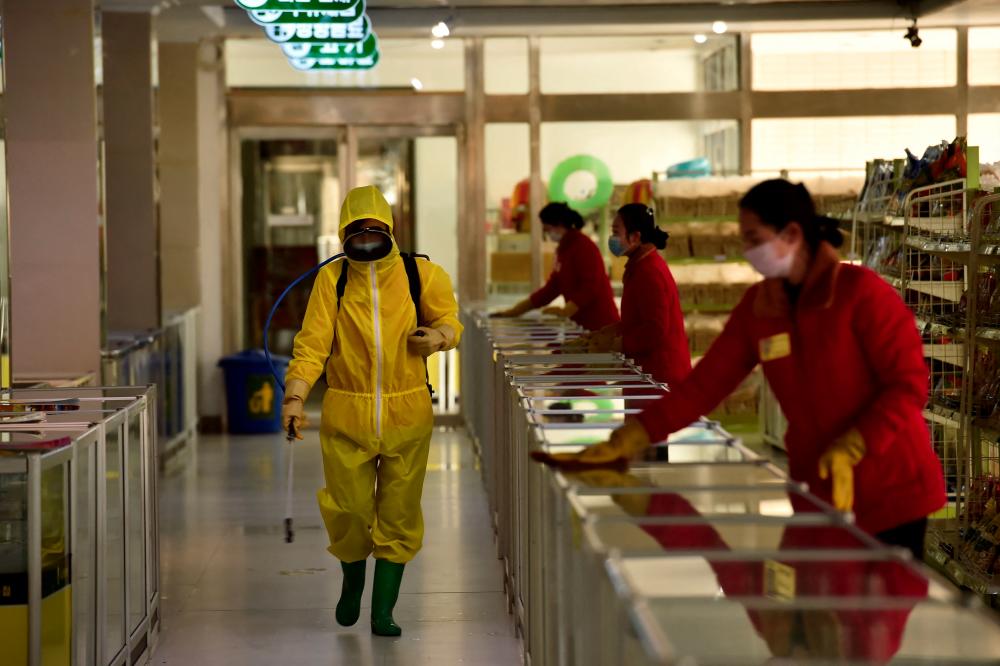 In this file photo taken on March 18, 2022 employees spray disinfectant and wipe surfaces as part of preventative measures against the Covid-19 coronavirus at the Pyongyang Children's Department Store in Pyongyan. AFPpix

About 280,810 people were being treated and 27 people have died since a fever of unidentified origins started to be reported in the country since late April, KCNA news agency said.

State media did not say whether the new deaths were due to Covid. KCNA said on Friday that one death had been confirmed to be due to the Omicron variant of the coronavirus.

The reports were made at a ruling Workers’ Party meeting early on Saturday that was attended by leader Kim, who said the outbreak was a great disaster to fall on the country since its foundation but one that can be overcome, KCNA said.

The health crisis has been caused by the incompetence and irresponsibility of party organisations in their anti-epidemic response, and efforts must be made to overcome the outbreak in the shortest possible period, KCNA quoted Kim as saying. — Reuters