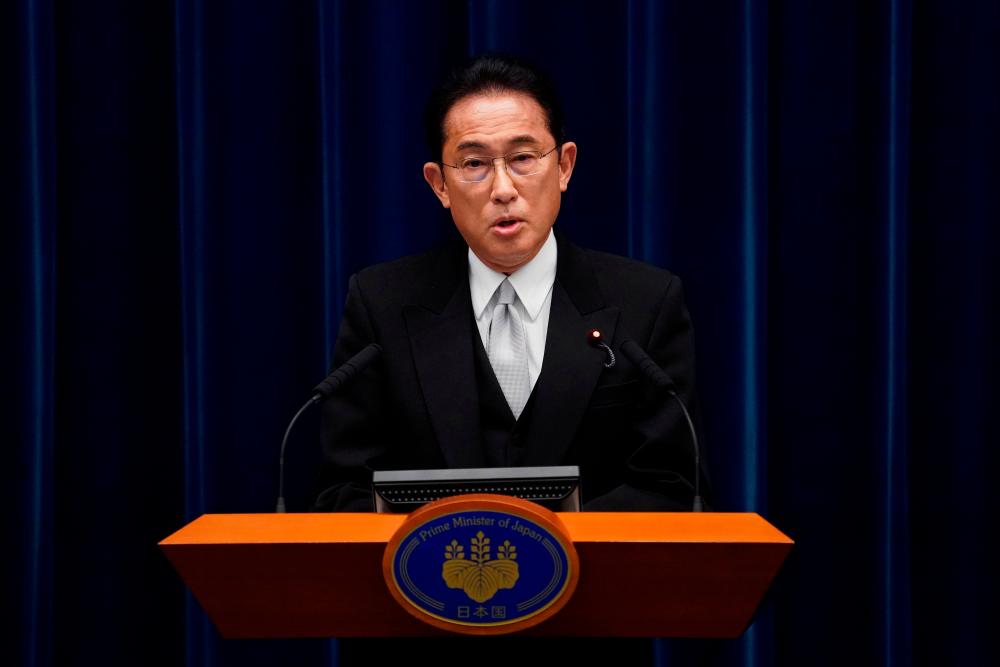 Tokyo: Japan’s new prime minister on Sunday sent a ritual offering to the controversial Yasukuni shrine that honours war dead and is seen by neighbouring countries as a symbol of Tokyo’s past militarism.

Fumio Kishida sent the “masakaki” tree offering under his name as prime minister to celebrate the shrine’s biannual festival held in the spring and autumn, a spokeswoman for the shrine told AFP.

The shrine in central Tokyo honours 2.5 million war dead, mostly Japanese, who have perished since the late 19th century.

But it also enshrines senior military and political figures convicted of war crimes by an international tribunal.

Earlier this year, three top ministers paid their respects at the shrine on the anniversary of Japan’s World War II surrender.

But a Japanese prime minister has not appeared there since 2013, when Shinzo Abe sparked fury in Beijing and Seoul and earned a rare diplomatic rebuke from close ally the United States.

Visits to the shrine by government officials have angered countries that suffered at the hands of the Japanese military during World War II, particularly South Korea and China.

Kishida, who became Japan’s prime minister on October 4, does not plan to visit the shrine during the two-day autumn festival that runs through Monday, Kyodo News reported, citing unnamed people close to him. — AFP