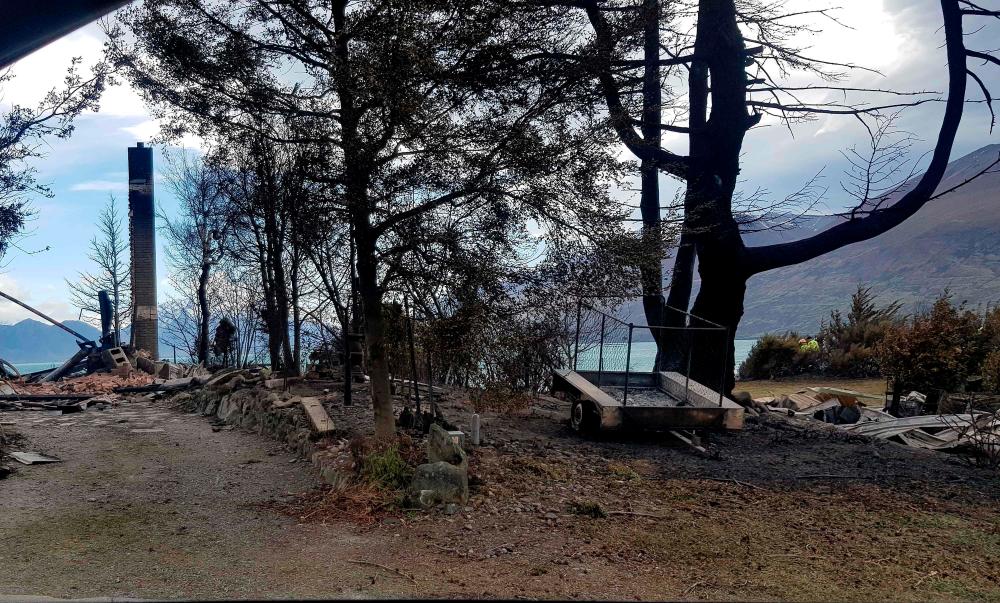 WELLINGTON: Firefighters in New Zealand battling a blaze that razed much of a small alpine village said they were making “good progress” Wednesday as high winds finally eased.

The wildfire erupted in a mountain forest on the South Island in the early hours of Sunday morning and swept through the popular tourist spot of Lake Ohau, forcing residents to flee for their lives.

Officials said it was miraculous no one was hurt in the fire, which has now burned out 55 square kilometres (21 square miles) and destroyed at least 50 homes.

Fire and Emergency New Zealand said firefighters were moving through the rugged terrain dousing hotspots and maintaining a perimeter around the blaze.

“Conditions have been better for crews today allowing for good progress,“ it said.

“There are around 50 personnel, including 17 crews and fire observers, on the ground, as well as diggers and a bulldozer.”

There were no reports of further threats to life or property and Fire and Emergency New Zealand said some Lake Ohau residents had been allowed to briefly return to their homes to collect what belongings remain.

Wildfires are relatively common on the South Island at this time of the year but the scale and intensity of the Ohau fire were unusual.

Residents told local media the ferocious blaze was “surreal” and more akin to the huge bushfires that regularly erupt in Australia.

Investigators are examining the cause of the blaze, amid reports it was ignited by an electrical arc from overhead power lines.

Commentary about the ferocity of the blaze has centred on climate change, the proliferation of non-native pines in mountain forests and a failure to clear dead vegetation from the area, providing fuel for wildfires.

Reputable scientists around the world are almost unanimous in their belief that the world is getting warmer because of human activity.