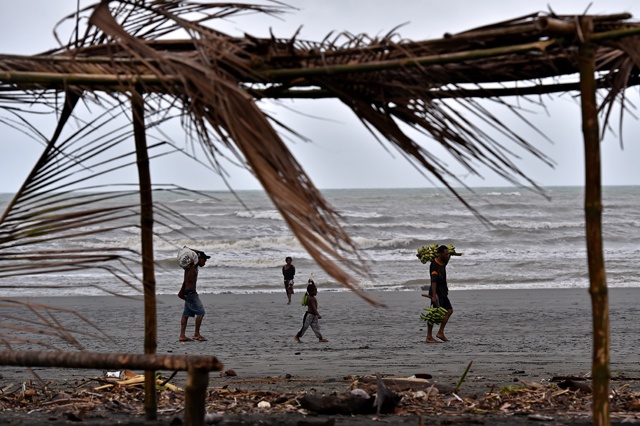 KOKOPO: Weeks of heavy rains and flooding have killed at least nine people in Papua New Guinea, with authorities warning more bad weather and devastation could be on the way.

Near the capital Port Moresby, there have been unconfirmed reports of children being washed away by floodwaters, while further down the coast, high winds generated by Cyclone Penny – which hit northern Australia – have destroyed homes.

The storms have lashed the country’s southern coast since late December but have also caused problems in the north.

Three people are missing after setting out from the mainland to Manus Island on a dinghy around Christmastime. The National Maritime Safety Authority conducted an aerial search on January 5, but failed to locate them.

Samuel Maiha, director of the National Weather Service, said the worst of the rain may have passed, but with Papua New Guinea now in the first months of the 2019 monsoon season, more could be on the way.

“Even after this system is gone, we will still have another four months yet to expect more weather changes, including possible tropical storms and increasing risk of landslides,“ he told AFP. — AFP