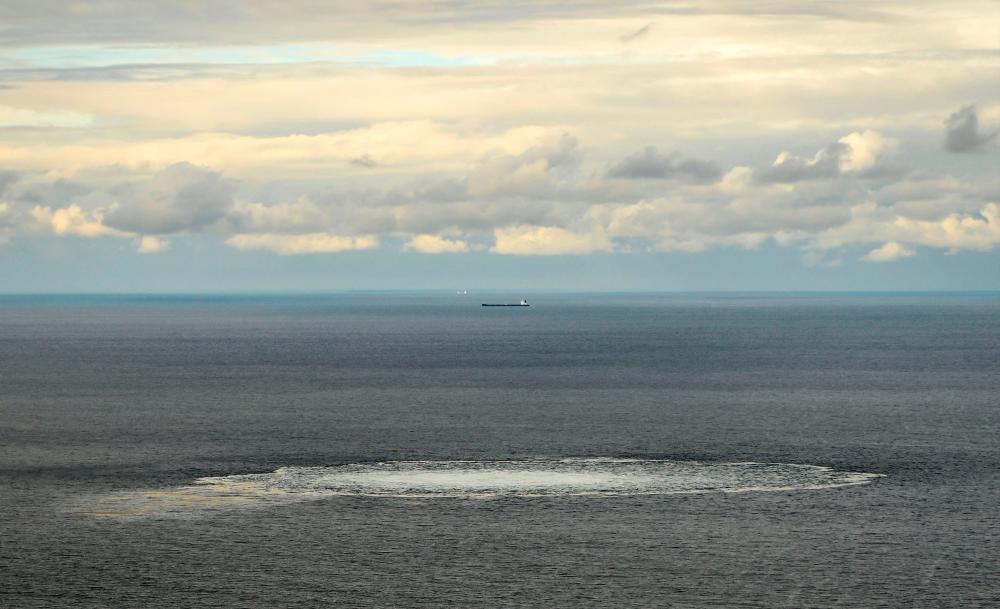 This handout picture released on September 30, 2022 by the Danish Defence Command and taken on September 29, 2022 shows one of four gas leaks at one of the damaged Nord Stream gas pipelines in the Baltic Sea. AFPPIX

COPENHAGEN: The four leaks affecting the Nord Stream gas pipelines in the Baltic Sea were caused by underwater explosions corresponding to hundreds of kilogrammes of explosives, a Danish-Swedish report said Friday.

“The magnitude of the explosions was measured at 2.3 and 2.1 on the Richter Scale, respectively, probably corresponding to an explosive load of several hundred kilos,“ the two countries said in a joint report to the UN Security Council.

Following a request from Russia, the Security Council is due to hold an emergency meeting on the leaks later on Friday.

“All available information indicates that those explosions are the result of a deliberate act,“ the countries said.

The source of the explosions has remained a mystery, however, with both Washington and Moscow denying responsibility.

The Scandinavian countries also said that “the possible impact on maritime life in the Baltic Sea is of concern, and the climate effect would likely be very substantial”.

All the leaks, which were discovered on Monday, are in the Baltic Sea off the Danish island of Bornholm.

Two of the leaks are located in the Swedish exclusive economic zone, and the two others in the Danish one.

The Nord Stream 1 and 2 pipelines, which connect Russia to Germany, have been at the centre of geopolitical tensions as Russia cut gas supplies to Europe in suspected retaliation against Western sanctions following Moscow's invasion of Ukraine.

While the pipelines are not currently in operation, they both still contained gas.

On Thursday, the pipelines operator said it had so far been unable to assess the damage but said it would do so “as soon as it receives necessary official permits”.

It said access could be allowed “only after the pressure in the gas pipeline has stabilised and the gas leakage has stopped”.

Danish authorities have said the leaks will continue until the gas in the pipelines is exhausted, which is expected to occur on Sunday. - AFP