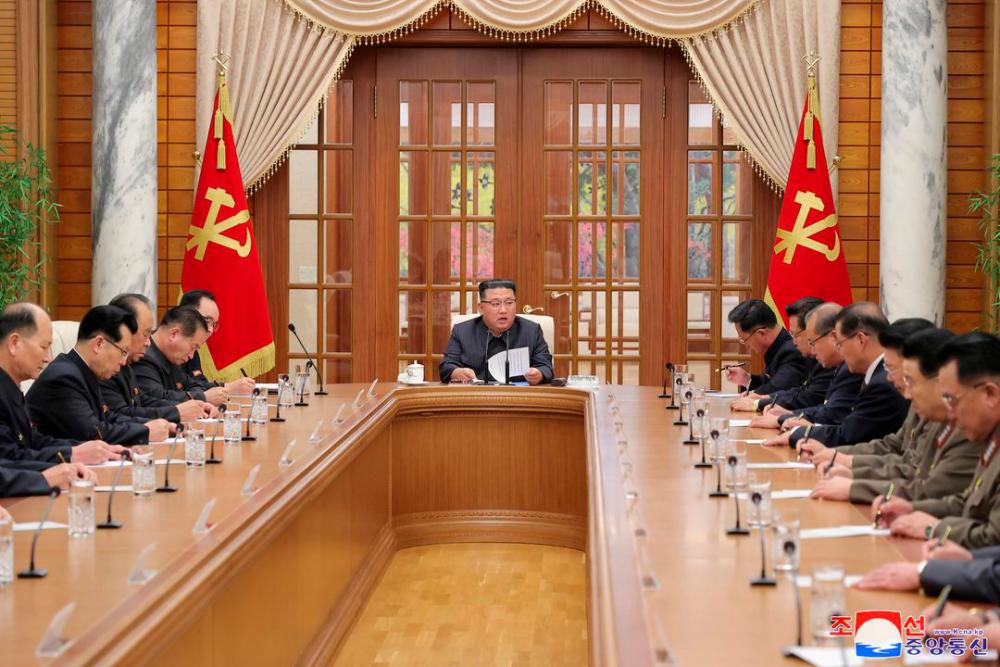 SEOUL: North Korean leader Kim Jong Un has called a key party meeting for December that will lay out the isolated country's policy direction for the year ahead, state media reported Thursday.

Kim made the announcement at a Wednesday politburo gathering, according to a report carried by the official KCNA news agency, telling senior leadership that 2023 would be a “historic year”.

Military tensions on the Korean peninsula have risen sharply this year as Pyongyang has carried out an unprecedented blitz of weapons tests, including the launch of its most advanced intercontinental ballistic missile ever last month.

The flurry of launches also saw a missile cross the de facto maritime border and land near South Korea's territorial waters for the first time since the end of the Korean War in 1953.

The announcement of the meeting comes after months of warnings from Seoul and Washington that Pyongyang is poised to conduct another nuclear test, the country's seventh.

After overseeing the launch of the Hwasong-17 “monster” missile last month -- with his young daughter in tow -- Kim declared he wanted North Korea to have the world’s most powerful nuclear force.

At this week’s politburo meeting, Kim called 2022 a year of “unprecedented adversity that tested our will and fighting efficiency”, according to the KCNA report.

He added that it was “very important ... to find innovative ways for solving the problems by tapping our potentiality”.

Kim noted that 2023 would be a “historic year” as it marks both the 75th anniversary of the country’s founding and seven decades since the end of hostilities in the Korean War, which ended with an armistice, not a peace treaty.

In past years, Kim had delivered a speech every January 1, but has recently dropped the tradition in favour of making announcements at the year-end plenary meeting.

In his most recent address, which was released last New Year's Day, Kim focused on domestic affairs.

Experts say while Kim refrained from directly addressing the United States last year, he could change his tone this time around.

Following the string of recent tests, “Kim is expected to issue guidelines on how to deal with the South as well as the US during the upcoming plenary meeting,“ Cheong Seong-chang of the Center for North Korea Studies at Seoul’s Sejong Institute told AFP. - AFP