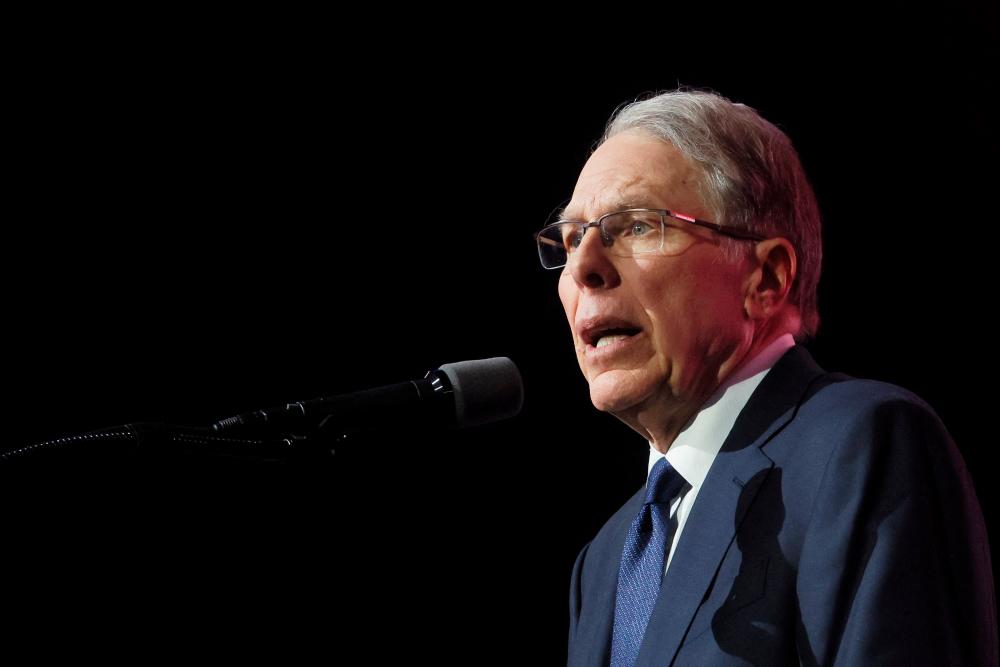 HOUSTON: National Rifle Association members overwhelmingly supported the gun rights group’s longtime leader Wayne LaPierre with a vote of confidence on Saturday, even as the lobby struggles with allegations of misspending millions of dollars.

The group is holding its annual meeting in Houston, about 280 miles (450 km) east of the site of a mass shooting on Tuesday, when an 18-year-old man armed with an AR-15-style semiautomatic rifle killed 19 children and two teachers at a Texas elementary school.

Even before the massacre renewed scrutiny on the NRA’s success in preserving and expanding gun rights, the powerful lobby had been shaken by accusations that senior leaders of the nonprofit group diverted millions of dollars for personal use and to buy the silence and loyalty of former employees.

The vote of confidence comes ahead of a vote by the NRA board on Monday on whether to renew LaPierre as executive vice president. He is also the group’s chief executive.

Should LaPierre survive Monday’s vote, as expected, he still could be unseated by New York Attorney General Letitia James, whose lawsuit against the NRA seeks to remove him from office. The NRA is registered as a nonprofit organization in New York.

James filed the lawsuit in 2020, alleging NRA leaders paid for family trips to the Bahamas, private jets and expensive meals and clothes that contributed to a $64 million reduction in the NRA’s balance sheet in three years, turning a surplus into a deficit.

The NRA says it has undergone a “course correction” by reinforcing oversight, promoting whistleblowers, and having LaPierre reimburse the group for spending on personal items.

In Saturday’s meeting, a resolution in support of LaPierre’s past, current and future leadership was overwhelmingly supported by a few hundred of the group’s 5 million members who gathered in Houston.

In a show of hands, nearly everyone in the room supported LaPierre. Only a handful voted against the resolution.

“I pray to God that you (LaPierre) remain in this job as long as humanly possible for you to do so,“ Niger Innis, a life member of the NRA from Las Vegas, said during the debate.

A few people spoke against the motion and were received with both scattered applause and boos for raising the allegations against LaPierre.

“In the last few years, you (LaPierre) have brought down questioning and shame down on the NRA,“ said Robert Bryan of Arkansas. — Reuters 4.Indonesia seeks explanation on treatment of its citizens at Malaysian detention centre