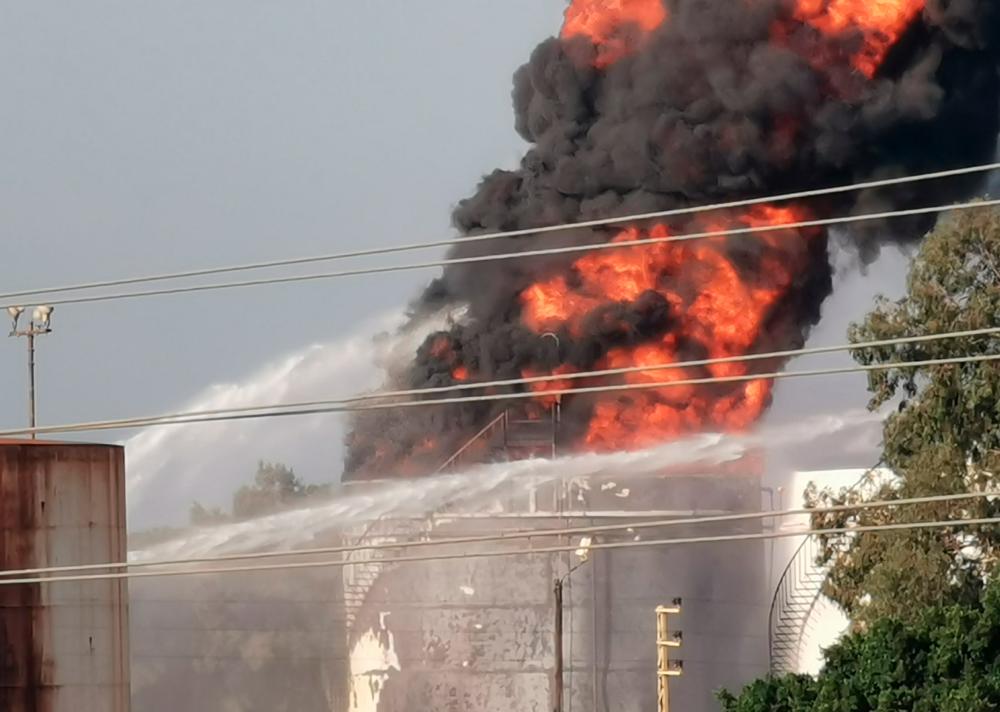 Water is sprayed at a fire in the Zahrani oil facility in southern Lebanon, October 11, 2021. REUTERSpix

BEIRUT: A fire broke out on Monday at a fuel storage tank in the Zahrani oil facility in southern Lebanon, and firefighters were attempting to control the blaze, a Reuters witness said.

The Lebanese army was evacuating the region amid fears that the fire would spread and cause an explosion, Al Jadeed TV channel reported.

There was no immediate official comment on the incident.

The fire is the latest disaster to hit Lebanon, where fuel shortages amid a deep economic crisis forced the country's two biggest power plants, one in Zahrani and the other in Deir Ammar, to shut down on Saturday bringing the already straining power network to a complete halt.

The energy ministry said on Sunday that power had been restored to what it was before the blackout, when the Lebanese army provided 6,000 kilolitres of gas oil to the two power stations.

Lebanon is in the throes of an economic meltdown dubbed by the World Bank as one of the deepest depressions of modern history. Three quarters of its population have been plunged into poverty and the currency has lost 90% of its value in the past two years.

Lebanese have had to increasingly rely on private generators for power, with expensive fuel oil bills, as the state electricity company provided a few if any hours of service a day to their districts.-Reuters