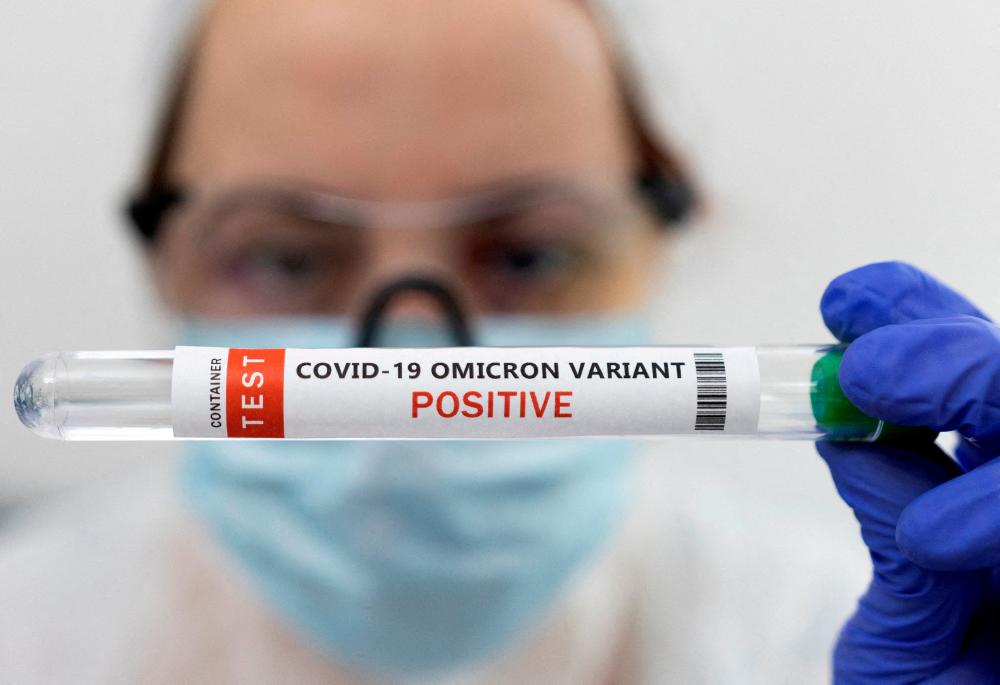 COPENHAGEN: The BA.2 subvariant of the Omicron coronavirus variant, which is dominant in Denmark, appears more contagious than the more common BA.1 sub-lineage, Danish Health Minister Magnus Heunicke said on Wednesday in a national address.

“There is no evidence that the BA.2 variant causes more disease, but it must be more contagious,” Heunicke told a news conference.

The BA.1 lineage currently accounts for 98 per cent of all cases globally but in Denmark has been pushed aside by BA.2, which became the dominant strain in the second week of January.

The UK Health Security Agency has designated BA.2 a variant under investigation, saying it could have a growth advantage.

However, an initial analysis by the institute showed no difference in the risk of hospitalisation for BA.2 compared to BA.1.

“There is some indication that it is more contagious, especially for the unvaccinated, but that it can also infect people who have been vaccinated to a greater extent,” SSI’s technical director Tyra Grove Krause said at the briefing.

This could mean the peak of Denmark’s epidemic will extend a bit further into February than previously forecast, Krause said.

BA.2 cases have also been registered in Britain, Sweden and Norway, but to a much lesser extent than in Denmark.

Denmark on Wednesday announced plans to scrap the last of its Covid-19 restrictions by Feb 1, the latest country in Europe to do so despite record high daily infection numbers. — Reuters US CDC backs Covid boosters for children 5 to 11 Canada to ban Huawei and ZTE from 5G networks Blast from the past

US CDC backs Covid boosters for children 5 to 11

Canada to ban Huawei and ZTE from 5G networks

2.Blast from the past

4.US CDC backs Covid boosters for children 5 to 11

5.Canada to ban Huawei and ZTE from 5G networks