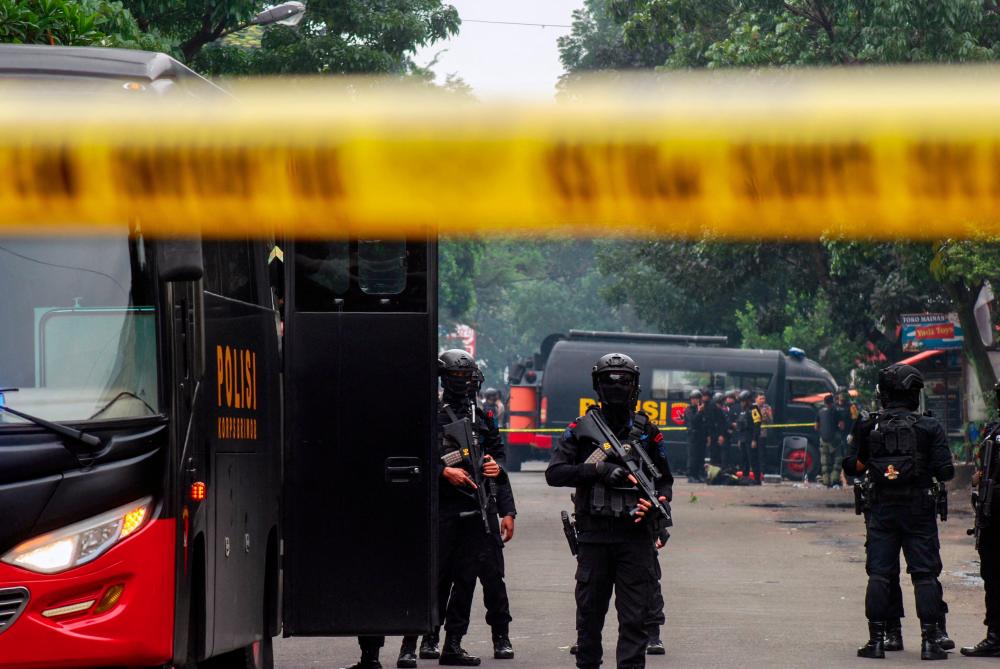 Police secure the site of a suicide bombing outside a police station at Astanaanyar in Bandung, West Java province, on December 7, 2022. - AFPPIX

West Java police chief Suntana said the suicide bomber charged into the police station, located in a commercial area at Jalan Astana Anyar, Bandung, during routine roll call with a sharp weapon before the explosion occurred.

His body was blown to pieces, one police personnel has been confirmed dead, others were injured including a civilian who was passing through the area, he said in a statement.

According to Suntana, police have cordoned off the area and the bomb squad has safely detonated the second device found nearby.

Indonesian police chief Listyo Sigit Prabowo, in a press conference, identified the suicide bomber as Agus Sujatno from Batu Nunggal, Bandung based on the fingerprints.

He was known to security officials in Indonesia and previously jailed four years for his role in the Bandung municipal building bomb attack in 2017.

Agus, 34, was released in October last year and believed to have been a member of the militant organisation Jemaah Anshorut Daulah Bandung, Sigit said. - Bernama 2.Death toll from suicide bombing at mosque in Pakistan rises to 83