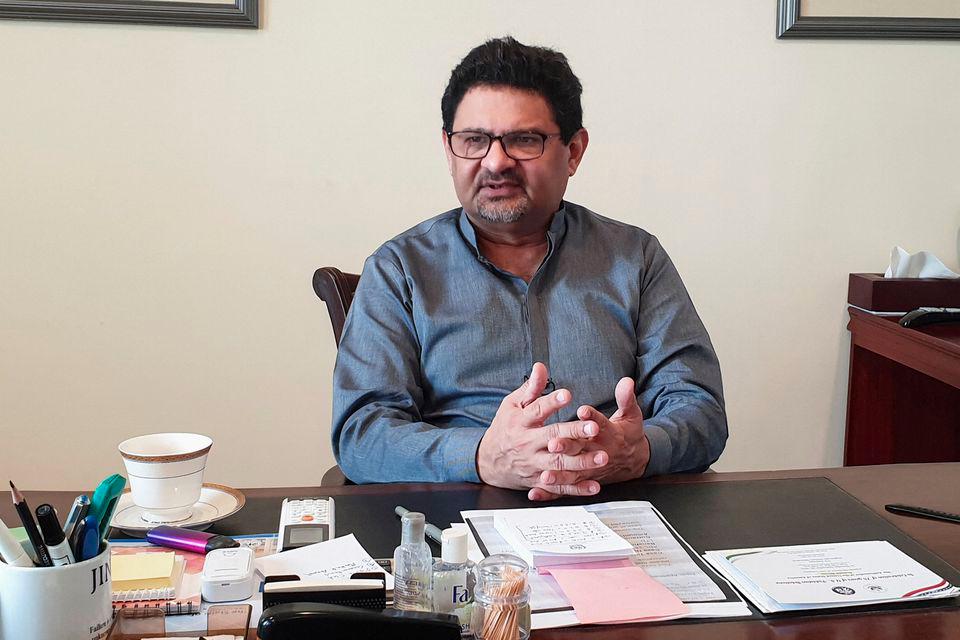 Miftah Ismail, Pakistan’s Federal Minister for Finance and Revenue, speaks during an interview with Reuters in Islamabad, Pakistan, September 18, 2022. - REUTERSPIX

“I have verbally resigned as finance minister. I will tender a formal resignation upon reaching Pakistan,“ Miftah said in a tweet on Sunday night.

“It’s been an honour to serve twice as finance minister,“ he said.

The 57-year-old businessman previously headed the Finance Ministry briefly in 2018.

Miftah made the announcement after a meeting he and Shehbaz had with former prime minister and Pakistan Muslim League-Nawaz (PML-N) chief Nawaz Sharif in Britain.

Nawaz, Shehbaz’s elder brother, lives in London in self exile, having left Pakistan in November 2019 for medical treatment abroad.

Shehbaz’s coalition government is battling a number of economic problems, including rising inflation, dwindling foreign exchange reserves, and the task of rebuilding infrastructure destroyed in the recent floods. - Bernama