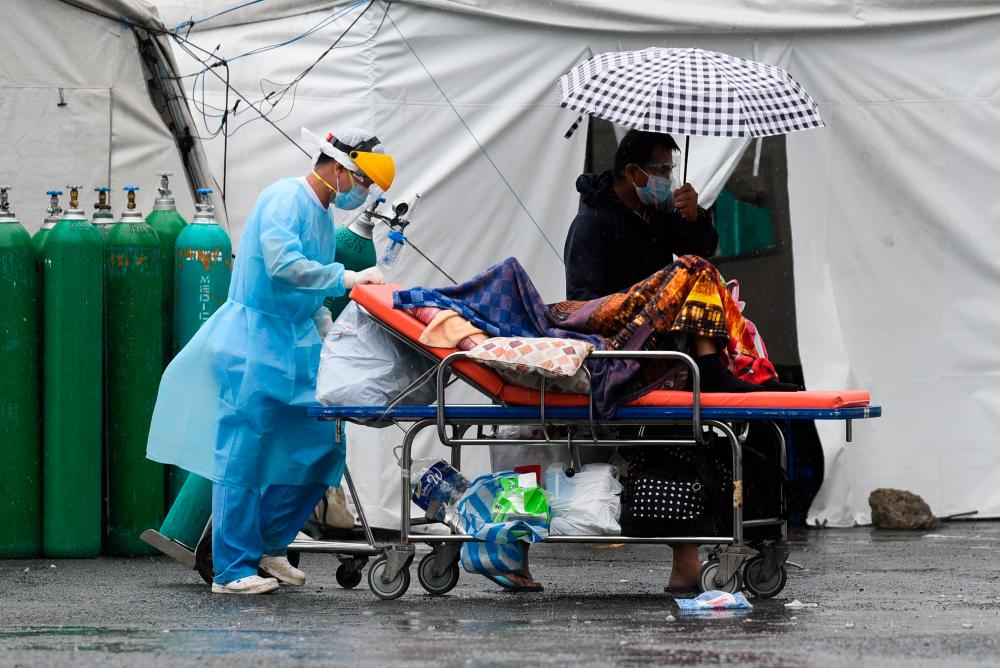 MANILA: The Philippines’ Department of Health (DOH) reported 16,989 new Covid-19 infections on Wednesday, bringing the total number of confirmed cases in the Southeast Asian country to 2,283,011.

According to Xinhua, the DOH also reported 214 new deaths from the pandemic, raising the country’s coronavirus death toll to 35,742.

The DOH said four laboratories failed to submit data which led to the relatively low caseload. On Saturday, the DOH reported its highest ever daily tally, with 26,303 cases.

The Philippines, which has a population of around 110 million, has tested over 18 million people since the outbreak in January 2020.

Health Undersecretary Maria Rosario Vergeire said that 80 percent of new cases in Metro Manila and its adjacent areas were detected in communities in recent two weeks.

Based on a set of assumptions, Vergeire said the total number of active cases in Metro Manila could range from 152,000 to 330,000 by the end of September.

Vergeire added that a lower projection is achievable if people will strictly adhere to the minimum public health standards.

Starting Thursday, the Philippines will shift to “a more targeted and recalibrated actions towards high-risk areas, imposing localised or granular lockdowns at the household and community level.”

The quarantine strategy from Sept 16 to 30 veers away from the “wide-scale lockdowns, which heavily impact the economy and affect people’s livelihood.”

The Philippines has been in varying lockdown levels since mid-March last year.

The government has put Metro Manila, the epicentre, into a hard lockdown three times, curtailing mobility and business activity. — Bernama