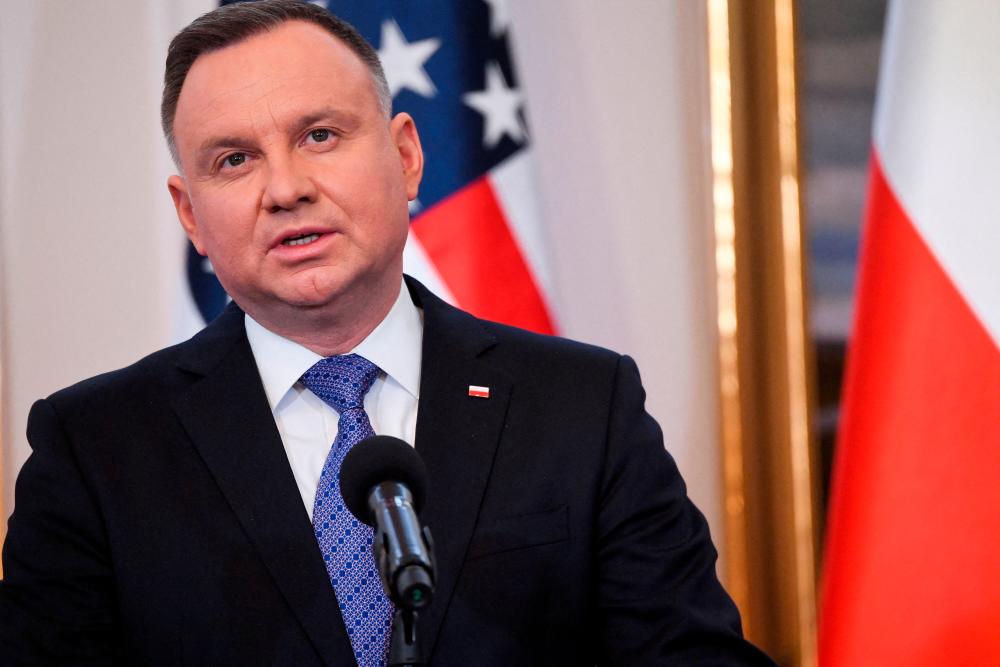 LONDON: Poland’s President Andrzej Duda said in an interview on Sunday that the use of chemical weapons in Ukraine by Russia would be a game changer and NATO would have to think seriously about how to respond.

Asked if the use of chemical weapons by Putin would be a red line for NATO at which point it has to get involved, Duda told BBC television: “If he uses any weapons of mass destruction then this will be a game changer in the whole thing.”

“For sure, the North Atlantic Alliance and its leaders led by the United States will have to sit at the table and they will really have to think seriously what to do because then it starts to be dangerous.”

Since President Vladimir Putin launched the Russian invasion of Ukraine on Feb. 24, the United States has been concerned that the NATO alliance should not get dragged into a wider war with Russia.

Western officials said on Friday that Russia might use chemical weapons in Ukraine in a “false flag” attack to provide a retrospective justification for its invasion, but there was nothing to suggest a broader use of such weapons in the war.

On Wednesday, Washington denied renewed Russian accusations that Washington was operating biowarfare labs in Ukraine, calling the claims “laughable” and suggesting Moscow may be laying the groundwork to use a chemical or biological weapon.

There was no immediate response from the Russian embassy in Washington to the U.S. assertions on Wednesday. — Reuters