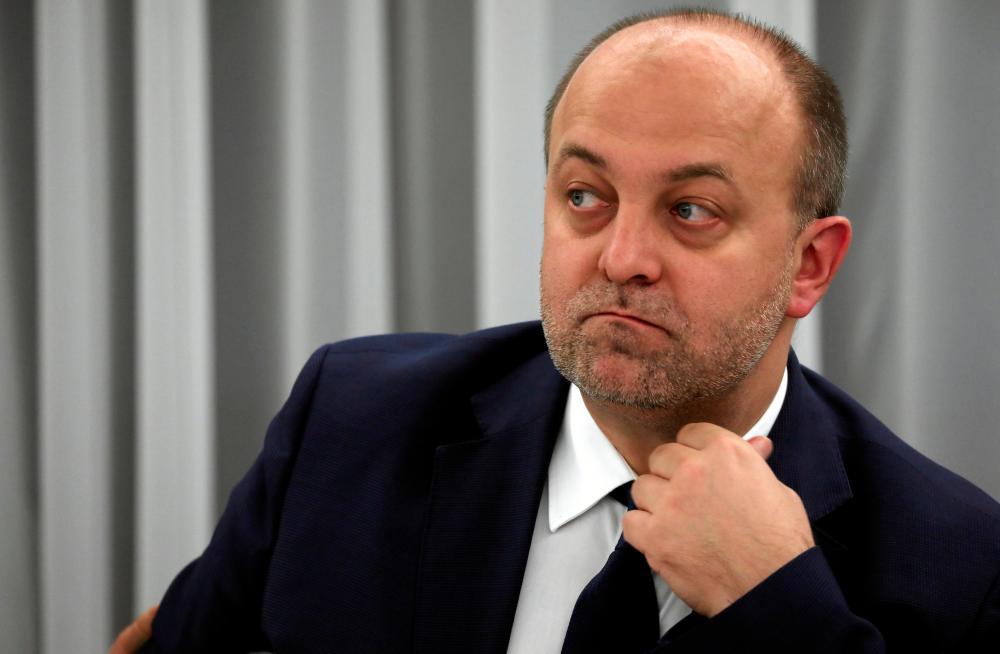 WARSAW: Poland’s deputy justice minister Lukasz Piebiak stepped down on Tuesday after media reports that he allegedly took part in a hate campaign against judges critical of government judicial reforms.

The move comes just two weeks after another top member of the governing rightwing Law and Justice (PiS) party — the speaker of parliament — resigned over a flight expenses scandal, as the EU member gears up for an October general election.

“With a sense of responsibility for the success of the reforms that I worked hard for four years, I am submitting my resignation to the justice minister,“ Piebiak, 42, said in a statement sent to the Polish news agency PAP.

“I don’t want the libel against me to serve as a pretext for attacks on the judicial changes that millions of Poles have been waiting for.”

On Monday, the Onet news website reported that Piebiak had allegedly communicated with a woman named “Emilia” over ways to discredit judges, including by anonymously spreading compromising information about them over social media and to the press.

Emilia told Onet that she was “ashamed” of what she had done, estimating that the campaign had caused harm to “around 20 judges”.

Rejecting the report, Piebiak said he would sue the news website for “defamatory statements based on the account of an unreliable person.”

“It’s no coincidence that these lies are cropping up right before the general election... They’re a political tool,“ he added.

The liberal opposition — which is trailing the PiS in electoral opinion surveys — had also demanded the resignation of Justice Minister Zbigniew Ziobro, who is also the attorney general, as a result of a PiS judicial reform.

Since coming to power in late 2015, the PiS also introduced legislation accelerating Supreme Court judge retirements, but later backed out of the reform after the EU’s top court said it undermined judicial independence.

Other controversial court measures have also drawn criticism from the EU, which slammed them as a threat to the rule of law and ultimately democracy. — AFP