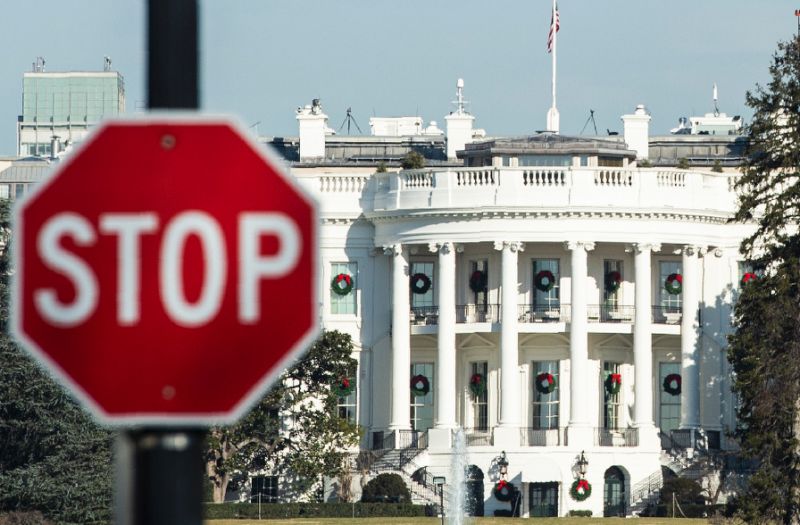 The US government shutdown is triggering more uncertainty in an already volatile market. — AFP

Washington: The paralysis triggered by the US government shutdown could have unexpected consequences, such as muddying economic statistics just as the markets are extremely reactive to any whiff of uncertainty.

More than a week into the game of chicken between President Donald Trump and Democrats in Congress, the publication and recording of statistical indicators are being delayed.

With the lack of an agreement on Trump’s much-promised wall on the border with Mexico, thousands of government workers are forced to stay home or work without pay due to budget shortages that are also hampering the publication of certain government indicators.

“There will be no lockups for Census or BEA (Bureau of Economic Analysis) and no posting of lockup data from either of those organizations because of the government shutdown affecting those agencies,“ said Labor Department spokeswoman Suzanne Bohnert, whose agency oversees the release of those indicators under embargo.

The release of data on new home sales is so far the only indicator to have been delayed.

But if the shutdown is still in effect after Jan 1, it could impact the release of figures on construction expenses, such as industrial orders, and on trade — due Jan 8 — which is critical for markets just as the Trump administration is involved in a full-fledged trade war with some US allies.

The closely watched employment figures for Nov, usually published the first Friday of the month, are set to be released on January 4 on schedule because the Labor Department still has funds to keep running its operations.

In addition to the publication of data, the very process of collecting this information is also beginning to be compromised.

“The impasse is already cutting into the supply of something that is essential to just about every market out there: federal economic data. That could have an impact on markets going forward and also what the Federal Reserve decides to do with interest rates in 2019.”

With financial markets already extremely volatile and amid worries over tariffs with China and the Fed’s monetary policy, the shutdown could add yet another layer of uncertainty.

The partial paralysis of administrative services will likely only have a mildly negative impact on economic growth, even though it’s more tangible in the US capital, where affected government workers won’t get paid.

“Thousands of federal workers would either be furloughed or work without pay for the duration of the shutdown,“ Oxford Economics said.

“While the economic impact of two-week partial shutdown would be minimal — less than 0.1% of GDP growth — it would add political uncertainty at an inopportune time.

“Among other things, a shutdown would affect the release of economic indicators and disrupt the start of the 2019 tax filing season.”

These furloughs also have unexpected consequences for the private sector.

On Friday, the National Association of Realtors expressed concern about the shutdown’s impact on home sales.

“Very disappointingly, flood insurance has not been available during the government shutdown ... which means that roughly 40,000 homes may not get transacted because it requires flood insurance in order to get a mortgage,“ NAR chief economist Lawrence Yun said.

“Any time there is a government shutdown, consumer confidence may be dampened, so even if they have the cash, they may not spend the money, and that will hold back economic growth, so it’s bad news all around.” — AFP