Protests in Japan as work to relocate US base resumes 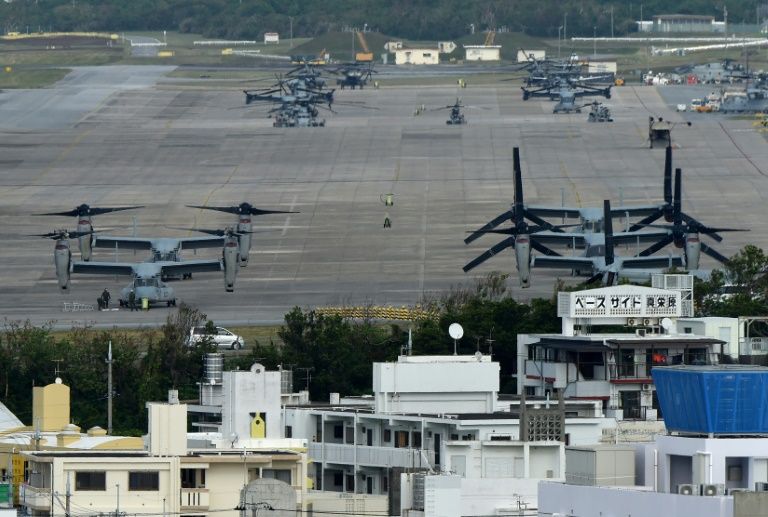 Okinawa residents have for years called for the relocation of a US base to somewhere else in Japan. — AFP

TOKYO: Japan on Friday resumed work to relocate a controversial US military airbase in Okinawa, prompting protests and “strong anger” from the local governor.

Okinawa residents have for years called for the relocation of a US base in a populated part of the southern island, but they want it moved elsewhere in the country, rather than to the remote site on Okinawa favoured by the government.

“I can’t help but feel strong anger at the start of (land reclamation), which ignores the will of the Okinawan people,“ governor Denny Tamaki told reporters.

The recently elected governor is strongly opposed to the base being relocated within Okinawa, and raised the issue earlier this year with both Japanese government officials and on a trip to the United States.

Aerial television footage showed a mountain of soil piled up on the coast of Henoko in Okinawa’s Nago city being ploughed into the sea as part of land reclamation work to build the new site.

Local media said protestors demonstrated at the site, including some who paddled out to sea to try to block the work.

Okinawa accounts for less than one percent of Japan’s total land area, but hosts more than half of the approximately 47,000 American military personnel stationed in Japan.

For decades, residents have asked for some of the bases to be moved, with resentment growing after a string of accidents and crimes committed by US military personnel and base workers.

As a solution, Prime Minister Shinzo Abe’s government has sought to move the unpopular Futenma base to a remote site, part of which will be built through land reclamation.

But many in Okinawa feel the base should be moved to somewhere else in Japan, and say the task of hosting US troops should be more fairly shared.

On Friday, government spokesman Yoshihide Suga repeated that the government regards the plan as “the only solution” to maintain an important US military presence while addressing local concerns.

Okinawa is set to hold a non-binding local referendum on Feb 24 about the planned base relocation. — AFP