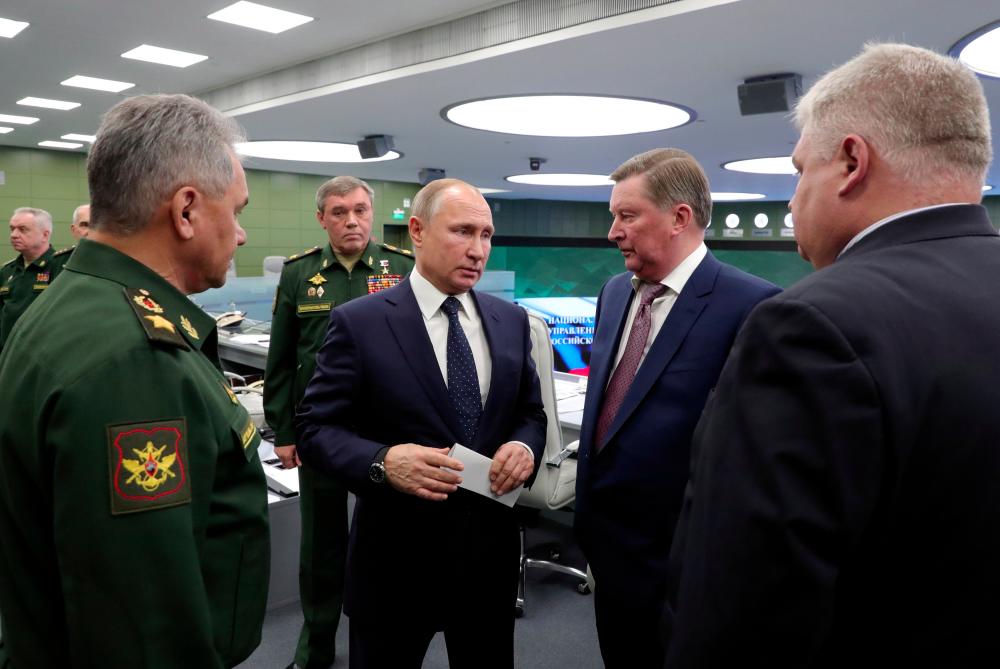 “On my instructions, the Ministry of Defence prepared and conducted a final test of this system. This has just been completed with absolute success,“ Putin said during a televised meeting with members of the government.

“Russia has a new type of strategic weapon,“ he said, adding that the intercontinental “Avangard” system would be ready for use from 2019.

The Kremlin told Russian news agencies the test had taken place in far eastern Kamchatka while Putin was at the national defence control centre.

Putin unveiled features of the Avangard during his annual address in March, which he said would be part of a new generation of “invincible” weaponry.

The hypersonic missile could fly at 20 times the speed of sound and manoeuvre up and down, meaning it could breach defence systems, he said at the time.

Putin has laid out plans to develop missiles banned under the deal if the United States abandons it. — AFP