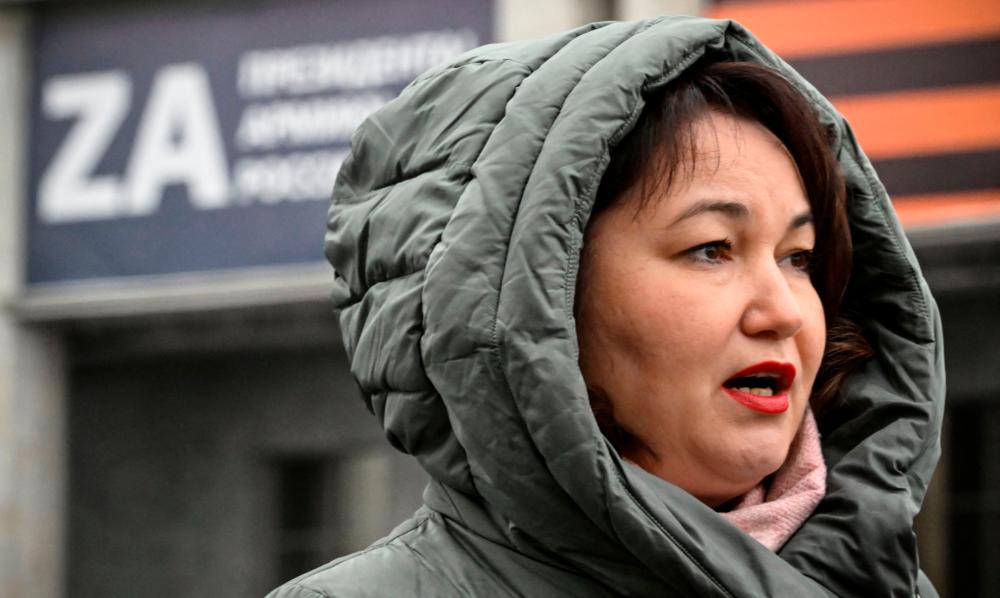 Olga Tsoukanova, mother of a young man who is currently doing his military service, talks with AFP journalist in central Moscow on November 24, 2022. AFPPIX

MOSCOW: Russian President Vladimir Putin on Friday told a group of mothers whose sons are fighting in Ukraine that he shares the pain of those who have lost family members in the conflict.

The meeting took place ahead of Mother's Day, which Russia will mark on Sunday, and amid mounting anger from Russian soldiers' families after a chaotic military draft.

“I want you to know: I personally and the entire leadership of the country share this pain,“ Putin told the women at his residence near Moscow.

“We understand that nothing can replace the loss of a son, a child,“ he said in his opening remarks which lasted just a few minutes.

“I do not dare say any formal, standard things related to expressing condolences,“ he said.

He added that some news reports about Moscow's offensive in Ukraine could not be trusted.

“There is a lot of fake news, deceit and lies,“ he said.

Putin, who has introduced legislation that effectively bans any public criticism of the offensive in Ukraine, told the women they should be wary of what they read on the internet.

“It is clear that life is more complex than what is shown on our TV screens or even on the internet, nothing can be trusted there,“ he said.

Earlier on Friday, Putin’s spokesman Dmitry Peskov said the rest of the discussion would be shown “depending on the conversation.”

State television aired images of the Russian leader sitting at a table with 17 mothers, in the first such meeting since Putin sent troops to Ukraine on February 24.

“I completely understand that for you, and for many other women in Russia whose sons are currently in fighting zones, this will not be a festive time,“ the 70-year-old said, referring to Mother’s Day.