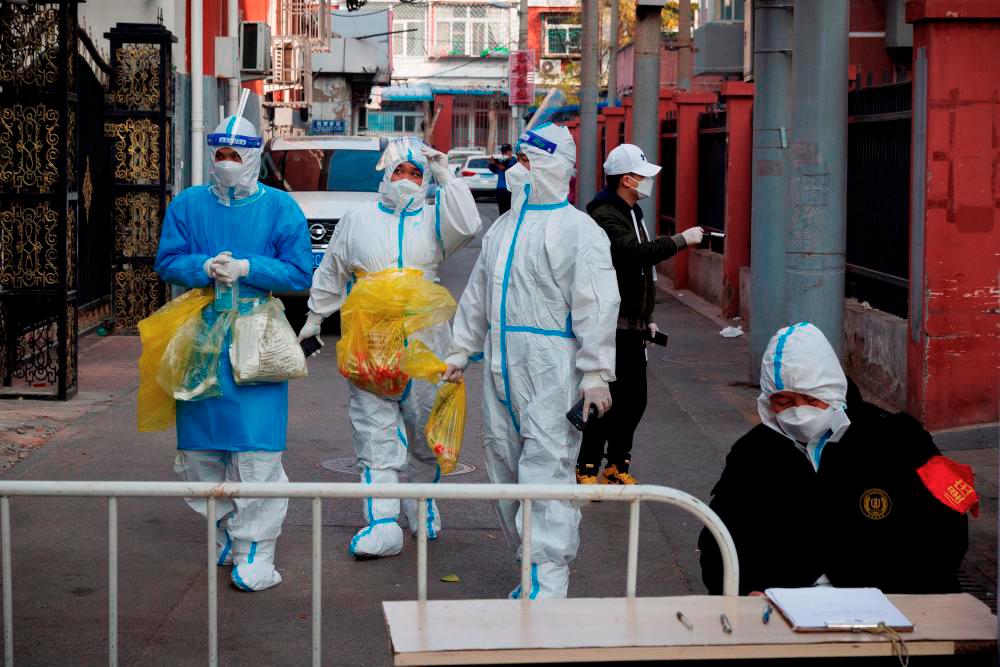 SHANGHAI: China today reported another record high of daily Covid-19 infections, as cities across the country enforce measures and curbs to control outbreaks.

Yesterday’s new local Covid-19 infections set a daily record for a second consecutive day, beating a figure set in mid-April, when the commercial hub of Shanghai was crippled by a citywide lockdown of its 25 million residents that lasted two months.

Excluding imported infections, China reported 32,695 new local cases yesterday, of which 3,041 were symptomatic and 29,654 were asymptomatic, up from 31,144 a day earlier.

Big outbreaks are numerous and far-flung, with the southern city of Guangzhou and southwestern Chongqing recording the bulk, although hundreds of new infections have been reported daily in cities such as Chengdu, Jinan, Lanzhou, Xian and Wuhan.

Cases quadrupled in Shijiazhuang to 3,197 yesterday from the previous day.