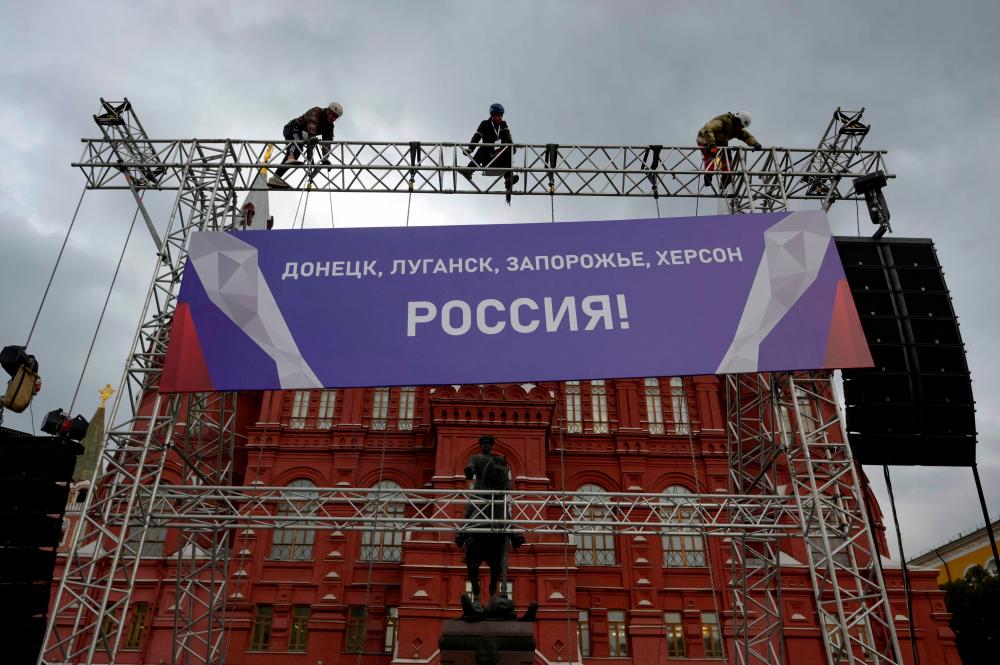 Workers fix a banner reading “Donetsk, Lugansk, Zaporizhzhia, Kherson - Russia!” on top of a construction installed in front of the State Historical Museum outside Red Square in central Moscow on September 29, 2022. Russia will formally annex four regions of Ukraine its troops occupy at a grand ceremony in Moscow on September 30, the Kremlin has announced, after it suggested using nuclear weapons to defend the territories. AFPPIX

SINGAPORE: The decision by Russia to formally annex the occupied Ukrainian regions of Donetsk, Luhansk, Zaporizhzhia, and Kherson violates international law and the United Nations Charter, according to the Singapore Ministry of Foreign Affairs.

In a statement issued here Saturday, the ministry’s spokesperson said “the sovereignty, political independence and territorial integrity of all countries must be respected.”

Russian President Vladimir Putin on Friday announced the annexation of the four Ukrainian regions following referendums in the respective places that were not recognised by Ukraine and Western nations. - Bernama