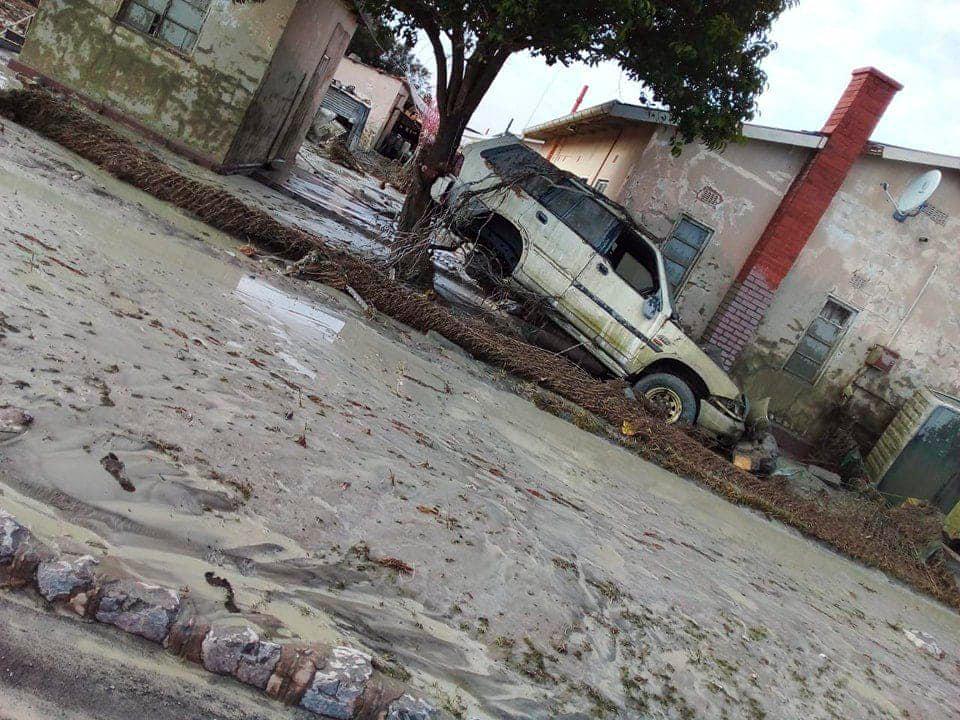 JOHANNESBURG: At least three people were killed and dozens injured after a mine dam burst and sparked flooding that swept away houses and cars in central South Africa, officials said on Sunday.

Television footage showed a river of mud and water flowing away from the mine and into a nearby residential area.

It covered roads and swept houses away in Jagersfontein, a town about 100 kilometres (62 miles) southwest of the Free State province capital, Bloemfontein.

“A mine dam collapsed and swept away houses and cars in the area,“ Palesa Chubisi, a spokeswoman for Free State premier Sisi Ntombela, said in a statement.

“Three bodies have since been recovered.”

Chubisi said 40 people, including a pregnant woman, were taken to local hospitals, four suffering from fractured limbs and the rest with bruises and hypothermia.

National electricity utility Eskom said Jagersfontein was left without power after one of its substations was “engulfed by the mud”.

“Due to the current situation in the Jagersfontein area and inaccessibility of our substation, it is impossible to estimate when supply will be restored or to determine the extent of the damage,“ Eskom said in a statement.

Search and rescue efforts continued, while authorities were evacuating people in the affected areas to nearby farms, she added.

A disaster management team was at the scene to determine the extent of the damage, but the cause was not yet known.

The flooding caused some houses to collapse “leading some members of the community to escape with only the clothes on their backs”, said the provincial department of social development, which was assisting with the evacuation and relief efforts. - AFP