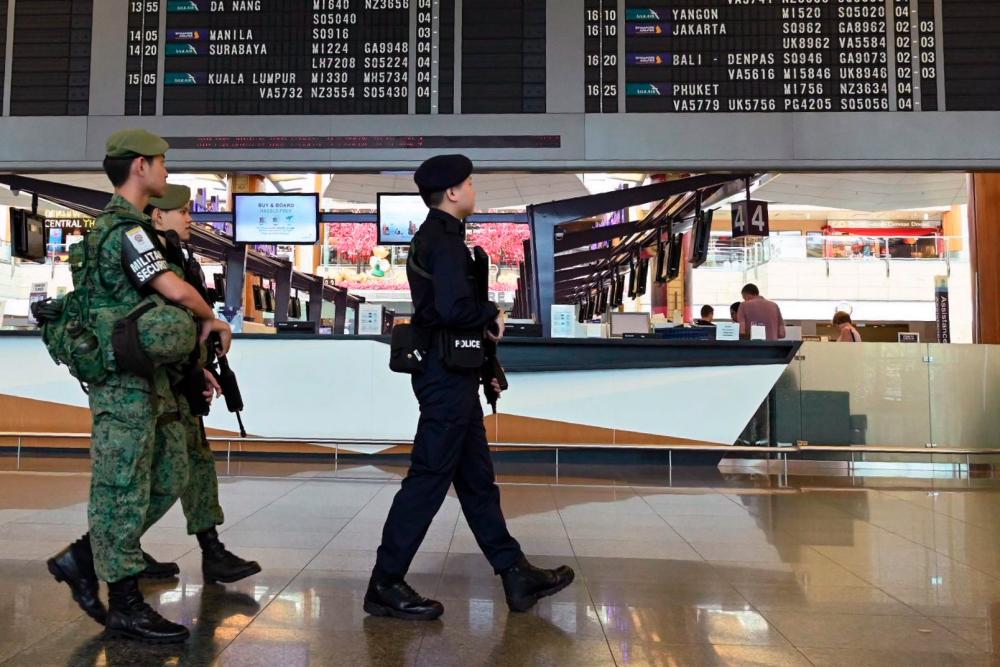 SINGAPORE: Singapore scrambled fighter jets to escort a flight on Wednesday after a passenger on board allegedly claimed he had a bomb in his luggage and assaulted the crew, police said in a statement.

Police were notified of a bomb threat on Singapore Airlines flight SQ33 from San Francisco at around 2:40 am Wednesday, the statement said.

“Preliminary investigations indicate that a 37-year-old male passenger had allegedly claimed that there was a bomb in a hand-carry bag, and had assaulted the crew,“ the police statement said.

The man was restrained by crew members and later arrested for making false threats of a terrorist act and for suspected drug consumption.

“Singapore Airlines can confirm that an unruly passenger allegedly hit a cabin crew member and made a bomb threat on board flight SQ33,“ a spokesperson for the airline said.

Passengers and crew disembarked normally after security checks of the aircraft were completed, they added.

On Facebook, the city-state’s defence ministry said that F-16 fighter jets had escorted the plane to Changi Airport where the army’s bomb squad and airport police determined the passenger’s claims were false.

The air force had previously scrambled fighter jets to escort commercial airlines after bomb threats in 2018 and 2019. - AFP