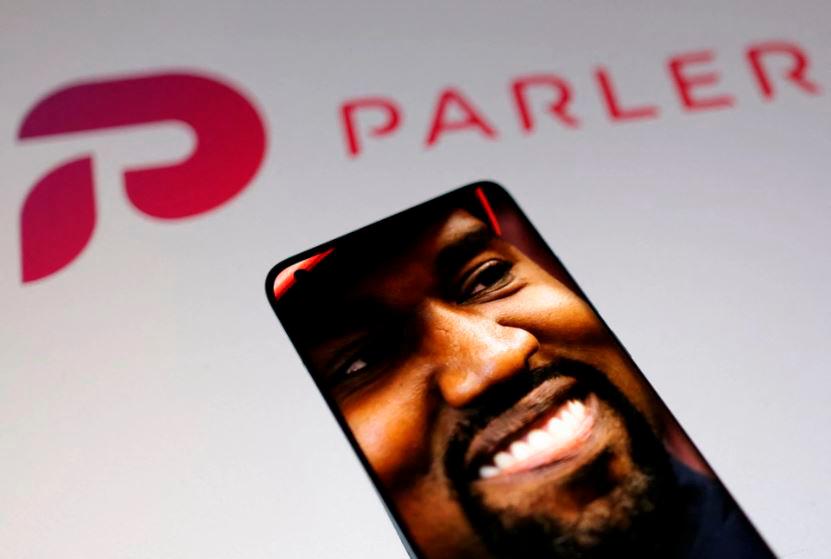 American rapper Kanye West’s picture is seen on a smartphone in front of the logo of social media app Parler in this Illustration taken, October 17, 2022. REUTERSPIX

NEW YORK: Social network Parler announced Thursday that its planned sale to Kanye West has been called off, as the rapper-businessman now known as Ye continues to alienates fans and commercial partners with anti-Semitic comments.

“Parlement Technologies would like to confirm that the company has mutually agreed with Ye to terminate the intent of sale of Parler,“ the network -- seen as a home for online extremist rhetoric -- said in a tweet.

It said the decision was made “in the interest of both parties in mid-November.”

Parler had announced a deal for West to buy the platform popular with conservatives in mid-October -- just over a week after the rapper's Twitter and Instagram accounts were restricted over anti-Semitic posts he made.

But the rapper, who has spoken openly about his struggles with mental illness, has seen his business relationships crumble in recent weeks as his erratic behavior and extreme speech continue to raise concerns.

In perhaps his most provocative outburst to date, West on Thursday declared his “love” of Nazis and admiration for Adolf Hitler during a rambling livestream with conspiracy theorist Alex Jones.

The 45-year-old's restrictions on Twitter and Instagram last month were not the first time his posts prompted punitive action from major social media platforms.

Earlier this year, West was banned from posting on Instagram for 24 hours after violating the social network's harassment policy amid his acrimonious divorce from reality star Kim Kardashian.

Launched in 2018, Parler became a haven for Donald Trump supporters and far-right users who say they have been censored on mainstream social media platforms. It has since signed up many more traditional Republican voices.

Parler was temporarily removed from Apple and Google app stores last year for failing to moderate calls for violence after the attack on the US Capitol by supporters of the former president.

It has since been allowed back in the both stores, ostensibly after improving its content moderation systems. - AFP