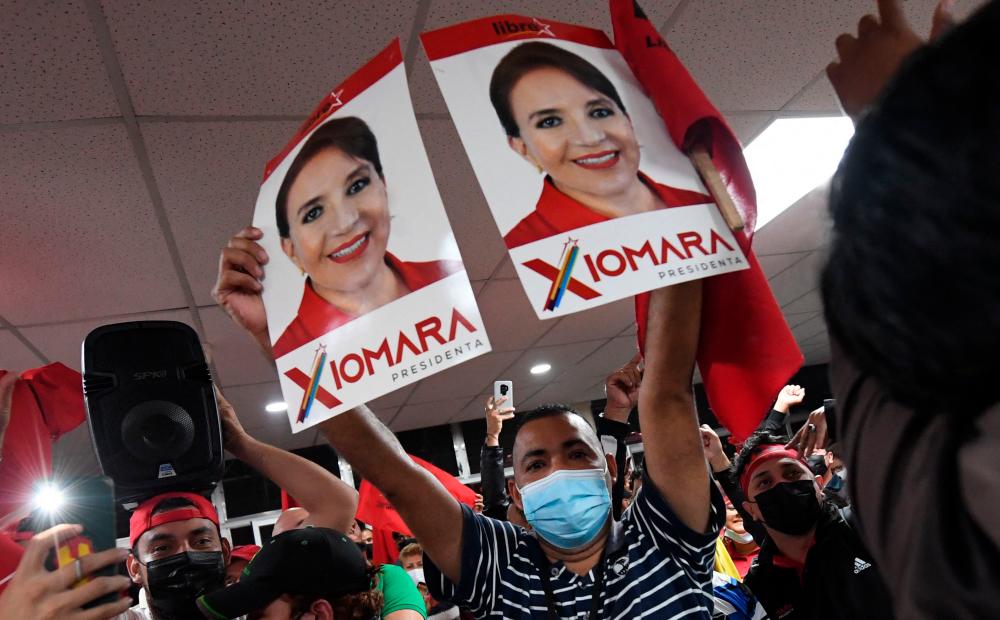 MEXICO CITY: Honduran left-wing politician and former first lady Xiomara Castro(pix), running for the country's presidency on behalf of the Liberty and Refoundation party, is leading with 53.51 per cent of the vote, with over 42 per cent of the protocols processed, reported Sputnik.

According to the National Electoral Council website, Castro is followed by the candidate from the ruling National Party, Nasry Asfura, who has 33.95 per cent of the counted vote. Liberal Party candidate Yani Rosenthal is coming in third with 9.22 per cent.

Xiomara Castro's husband, former President Manuel Zelaya, was dislodged in the 2009 coup. This is her second bid for the presidential office, following the 2013 race, which she lost to the current president, Juan Orlando Hernandez.